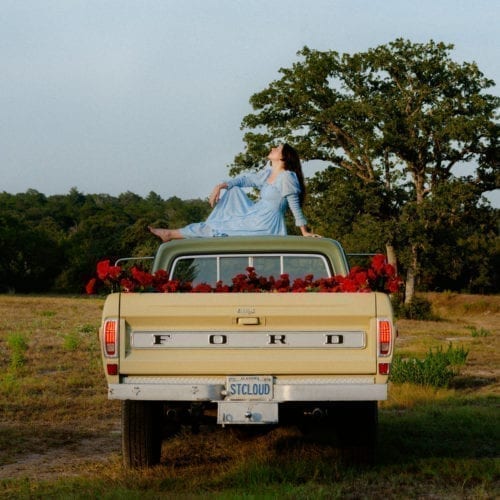 In promotional interviews, Katie Crutchfield repeats that Saint Cloud is her album of sobriety. On “Arkadelphia”, one of the last tracks on the album, she imagines herself burning like a light bulb in front of an audience who think she was simply not cut out for this life. Of course, dodging the bottle is not enough, and the instigator of the Waxahatchee project has to face other inner demons as well. As she says on “War”, she is at war with herself.

In order to better indulge in this baring of her soul, the singer has decided to claim the Southern heritage of her childhood spent in Alabama, abandoning the indie rock of her previous albums to turn to a more country sound. We don’t get our boots too dirty, though. The Americana played by Bonnie Doon, the band who accompanies Crutchfield on this album, is very clean. This takes nothing away from the credibility of the ensemble, whose sincerity is evident in every song.

Saint Cloud is a success on all levels. Once you’ve listened to her new musical direction, which may seem more conventional, you can’t help but appreciate the strong melodies that abound on the album. With echoes of Bob Dylan and Lucinda Williams, Crutchfield’s writing is sometimes direct, sometimes more abstract, but always sharp. The richness of her imagery is second to no one’s. Like her voice, which is as beautiful as ever.