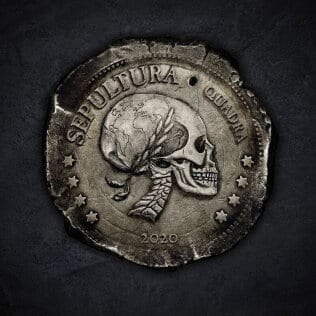 The Brazilian thrash band’s fifteenth album is well worth the time it takes to tame it. Not because Quadra is hard to digest, but because after a fierce start, the album deviates from its trajectory and makes room for experimentation and melody, before combining the two elements on the final tracks. After a few listens, it’s evident that this progression corresponds to Sepultura’s vision when they conceived Quadra, initially revisiting the thrash sound of Beneath the Remains (1989) and Arise (1991) on the songs “Isolation”, Means to an End”, and “Last Time”. They continue with tribal percussion on “Capital Enslavement”, “Raging Void”, and the record’s weakest song, “Ali”. Then come the backing vocals on “Guardians of Earth” and the melodies on the instrumental “The Pentagram”, which contains a stunning guitar solo.
﻿

Basically, the lyrics on the album are inspired by the term “quadra” (“playing field”, in Portuguese), and deal with the cultural rules and differences that impact the way we see the world. One gets the feeling that Quadra is also a playground for the quartet, who went to Sweden to record it in the studio of Jens Bogren (Opeth, Dimmu Borgir), who oversaw of Machine Messiah (2017). Sepultura concludes the album by flirting with rock and metal on “Fear, Pain, Chaos, Suffering”, on which singer Derrick Green duets with Emmily Barreto of Brazilian rock band Far from Alaska.