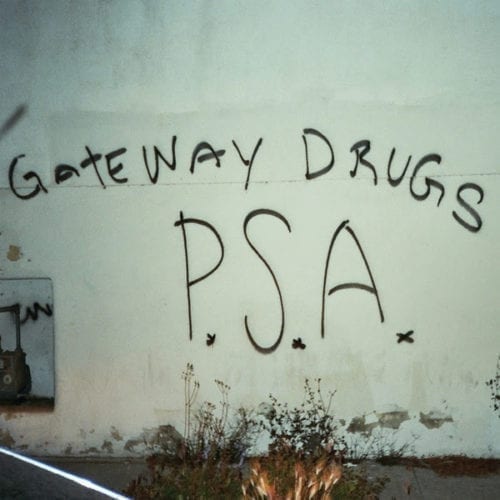 The Los Angeles-based band, led by the Niles siblings (two brothers and a sister), returns with a second album after 2015’s Magick Spells. Gateway Drugs locked themselves away in Josh Homme’s Pink Duck studio, with Sune Rose Wagner of the Raveonettes at the production board. A fan of Richard Gottehrer-style production and mixed-voice harmonies, Wagner brings the combo out much broader and rawer, a bit in the spirit of Phil Spector’s wall of sound. The songs of Gateway Drugs thus take on a breadth and power not found in their previous effort. Adorned with crystalline guitars slathered with fuzz, the vocals and the drums very much in the foreground, the whole soaked in a fulsome layer of reverb, the tracks follow one another smoothly, with some more or less successful lulls, the weakest moments of the album, shall we say. PSA culminates with a nod to Gil Scott-Heron and a crazy cover of Count Five’s “Psychotic Reaction”, the end of a record that’ll find its way to fans of Jesus and Mary Chain, My Bloody Valentine or Ride.