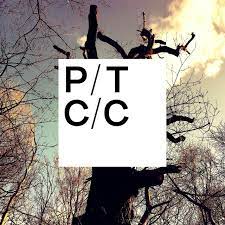 For their reunion album, Porcupine Tree chose to play it safe, too safe for my liking. Those familiar with the band can expect more of the same long-form progressive rock the band had been churning out decades prior. The compositions here are brooding and labyrinthine in structure with healthy doses of heavy technical riffage and moments of genuine tenderness found throughout. This is unmistakably a Porcupine Tree album.

While the band has never strayed from its roots in progressive rock, fans of the group are quick to point to the different eras or phases in the band’s long history. Closure/Continuation draws from the various eras in the band’s discography, and creates a more uniform aesthetic for the band that sounds almost like a ‘greatest hits’ or ‘best of’ album.

“Harridan,” the bold album opener, with its propulsive and explosive energy, would be a sure contender for their ninth album, Fear of a Blank Planet, as would “Rats Return.” The folkier and more plaintive number, “Dignity,” would be well at home in Deadwing or In Absentia. Fans might be either delighted or put off by “Walk the Plank,” which features a distinct lack of guitar not typical of their style.

In an interview with The Guardian, frontman Steven Wilson speaks to the album’s name, saying that it points to whether or not this album represents the end or a new beginning for the band. While Wilson himself may be unsure, the music present here speaks more to “Closure” than “Continuation.” As far as the closure is concerned, the conspicuous absence of bassist Colin Edwin is glossed over, and the ten-year gap between this album and the last does not feel that it has been adequately addressed. The most disappointing aspect of Closure/Continuation then is that it does not offer a genuine sense of closure nor the sense of continuation that you’d expect from pioneers of a genre called progressive rock.