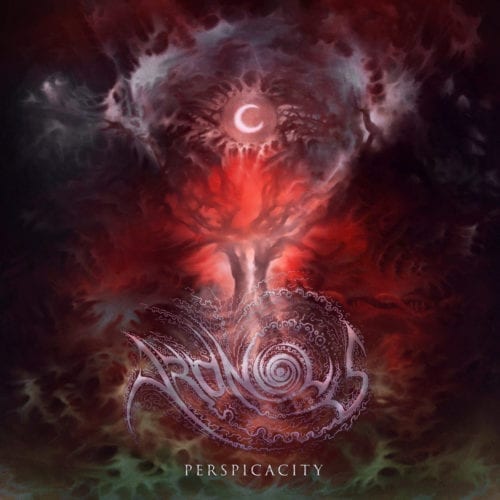 When watching a Jerry Bruckheimer production (the CSI franchise, Pirates of the Caribbean, Top Gun: Maverick), you expect action and explosions. Similarly, the American label The Artisan Era, co-founded by Inferi guitarist Malcolm Pugh, has a precise sound, consisting of a tightly woven mix of technical death metal and stunning progressive rhythmics. With a few exceptions, The Artisan Era, who notably launched Montreal band Augury’s Illusive Golden Age in 2018, is a guarantee of quality for fans of the genre. All this to say that Aronious’s debut album doesn’t disappoint. Perspicacity is dense, and its 13 songs are of a cerebral complexity immediately associated with bands such like Gorguts, Ulcerate and Gorod. The brutality of death metal dovetails decently with the sinuous and stimulating melodies, which capture one’s attention from one end to the other.