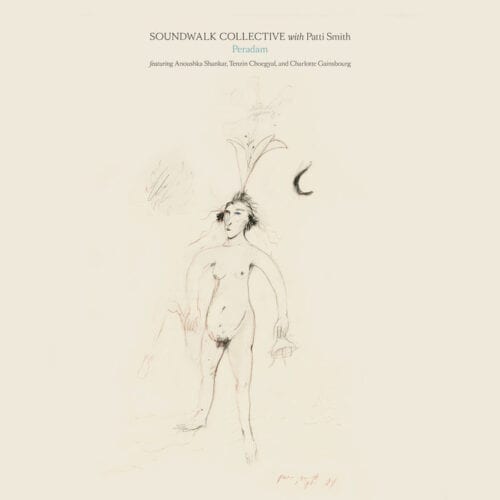 The final part of the Soundwalk Collective’s Perfect Vision trilogy of sound explorations begins with the song of a Sherpa guide as he prepares to climb Nanda Devi, one of the Himalayan peaks. This invocation is intended to give courage to Stephan Crasneanscki, one of the members of the collective, who was venturing up those dizzying slopes to collect sounds for this album, whose central figure is the French writer René Daumal. The least we can say is that these ethno-musicians are not faint-hearted. In the past, they’ve travelled to Ethiopia to follow in the footsteps of Arthur Rimbaud, and to Mexico’s Sierra Tarahumara to pay homage to Antonin Artaud.

Once again, Crasneanscki and his teammate Simone Merli have called upon the services of the punk godmother herself, singer Patti Smith, pioneer of women’s rock, seasoned poet and notorious Francophile. Reciting English translations of Daumal’s writings as well as words of her own, she becomes our guide through the universe of this author who was deeply influenced by Asian philosophies. Among the rustling wind and bird songs recorded in the mountains of northern India, we can also hear traditional Tibetan instruments played by Tenzin Choegyal, the sitar of Anoushka Shankar, and the voice of Charlotte Gainsbourg reciting a poem by Daumal in French on “The Four Cardinal Times”.

Peradam speaks to discerning ears. Patti Smith fans expecting a new batch of incandescent rock songs are likely to be left wanting. However, this fascinating work has everything to appeal to listeners in search of new poetic experiences.