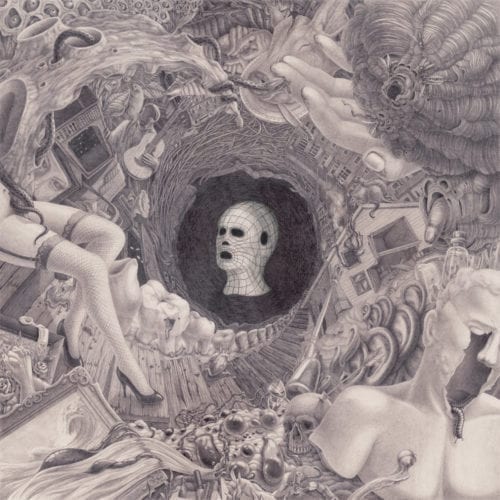 Little seen outside of Lithuania, apart from participation in some notable festivals in Europe, Solo Ansamblis enjoy a good reputation in their native country. Its four members describe their musical style as “sad dance”.

Their offbeat, obscure sound uses traditional, analogue and digital instruments. The result is a minimalist treatment in which multiple sound paths cross without much regard for each other, subject to some nervous interweaving. This can also be heard in the vocal games: in duet, speaking without hearing each other, each in their headspace, spoken or spat, or solo, textured by echo effects, returning their own solitary call. Solo Ansamblis means “solo ensemble”, hence this strange and bewitching musicality. The exception is the sweetest piece on the album, “Neturėjom Dainos”, where the voices unite in a lament.

If a certain gradation can be heard on the album, the breadcrumb trail remains a contemplation of the chaos, first lightening, then becoming heavier. The last three pieces are the most disturbing, almost industrial in spirit. On “Netildai”, gravity gives way to dancing in a delirium of dissonance. “Nepabust”, which closes the album, far from the frenzy, is downright poignant. While the rest of the album is very bouncy, the wounded souls no longer hold their pain at a distance, but embrace it in every respect.