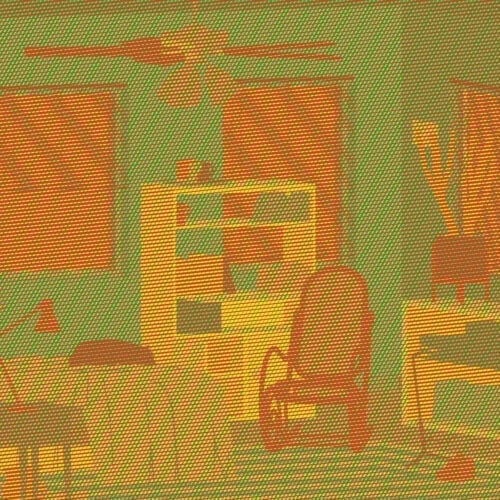 Gregory Uhlmann remains largely unknown to the general public, but is increasingly in the limelight thanks to the various projects in which he participates, such as the Afrobeat-informed rock band Fell Runner and the improvised music trio Typical Sisters. Mike Hadreas, the man behind the Perfume Genius project, recruited him to be part of the band that was to accompany him on stage for the superb album Set My Heart On Fire Immediately, released earlier this year. Unfortunately, the pandemic has put this adventure on the back burner for now.

Neighborhood Watch is Uhlmann’s second solo album. Odd Job, released in 2017, blossomed with a Nick Drake style of soothing folk. However, one could already perceive influences that are more apparent now: psychedelic rock, jazz, minimalist contemporary music… Beautiful string and keyboard arrangements dress these new compositions which, thanks to the assured voice of their author, are ever serene. From a thematic point of view, the singer is swimming in calmer waters than in the era of his darkest work, Odd Job. His new lyrics bear witness to a newfound inner peace.

As the listener hovers in the shimmering colours of this silky universe, different names will come to mind: Thom Yorke, Julia Holter, Bill Callahan, Sufjan Stevens, Van Dyke Parks… But don’t let these flattering comparisons deceive. Whether in the roughest moments of the record (“Spice Girls”, “Benny”) or the most velvety (the splendid “Santa Fe” and airy title track), a very singular personality expresses itself here. That of an artist with promise.