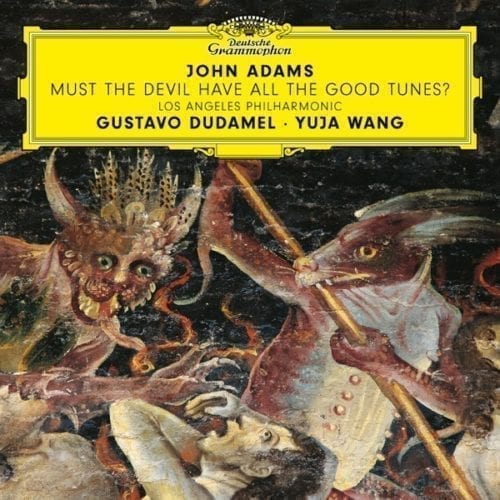 Premiered in 2019, Must The Devil Have All The Good Tunes? is the third piano concerto written by American John Adams, after Eros Piano (1989) and Century Rolls (1996). This work in three sections is a convincing example of the aesthetics in which the composer has been situating himself in recent years, at the junction between post-modernism, Romanticism and American popular music, all of which is embellished with a touch of minimalism, a language that was dear to John Adams in the past. The work, very rhythmic, transports us into a dark and macabre atmosphere, like that of the film noirs of the 1950s. The addition of an electric bass, an upright piano with dubious tuning and a series of strange percussion instruments to the orchestra contributes to this effect, with very effective and engaging results. It should be noted that the resemblance between the main theme of the first section, and the music of “Peter Gunn” by Henry Mancini, is most likely not fortuitous.

In terms of interpretation, Yuja Wang is, as always, a formidable virtuoso. Her playing is dazzling, her pulse flawless and her musicality at the service of the work. The orchestra, a little distant, is just as efficient with its lustrous strings and its (numerous) bass instruments very present. One downside, however, is that this album lasts only half an hour, if we add to the programme the succinct China Gates, a piece for solo piano written by Adams in 1977.