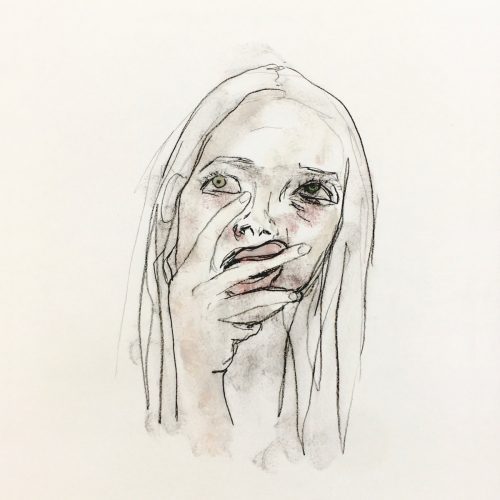 An artist’s debut album often reflects the doubts and questions that come with early adulthood. After leaving her nest in Minnesota, Kate Morley flew to Los Angeles, then love guided her to London. She went from studying neuroscience to visual arts to music. While at first her creations were mostly marked by her fascination for electronic music, her earliest EPs showed a shift towards a more traditional songwriting approach. Here we are now with ‘Til I Start Speaking, the first full-length opus that the young artist has created with the help of her faithful companion, Australian Christopher Stracey, member of the electro duo Bag Raiders.After the ambient mists of the title track, we move on to a terrain close to the universe of Fiona Apple. Morly’s folk and jazzy influences, the prominent place of her piano and her autobiographical lyrics will surely draw this comparison time and again. Less ragingly intense than the author of Fetch the Bolt Cutters, the singer nevertheless drinks from several sources: Bob Dylan, Nina Simone, Joni Mitchell, Sade, but also artists associated with the dubstep movement such as Burial and Mount Kimbie. The contribution of the electronic instruments is applied in small, very subtle touches, but it allows Morly to stand out from the crowd. This work on the sound textures piques curiosity, but it is especially thanks to the emotional charge of the most successful tracks on the menu that Morly will melt hearts. Whether she’s singing about a relationship in which she is unable to blossom (“Dance to You”), emotional dependence (“Wasted”, a heartfelt gospel piece), the fires of budding love (“Twain Harte”, a beautiful piano-voice ballad) or the pain of a break-up (touching “Eliogy”), she does so with disarming conviction. Morly will need to be followed closely!