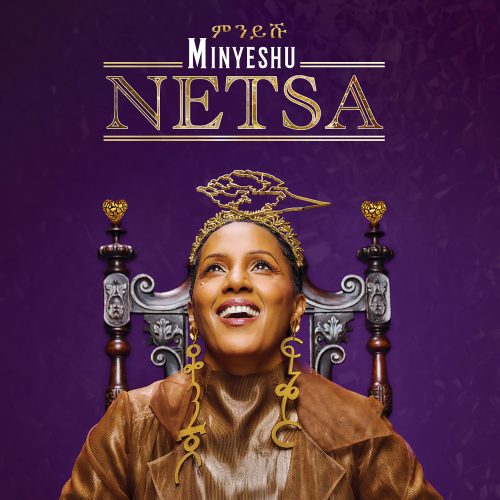 Ethiopia is a rich and teeming cultural basin. With multiple influences, from Black Africa to the Arab world of the North, from the East to the West, from Christianity to Islam, from ancestral traditions to modernity, all contrasts are sublimated in an exceptional national syncretism. Minyeshu is the custodian and above all the ambassador of this sacred cultural, intellectual and spiritual union. Netsa (which means free in Amharic) is aptly named because, while claiming this plethora of heritage, Minyeshu appropriates it according to her own codes and her own vision. The result is one of the most remarkable albums to come out of the African continent in years.

Listening to Netsa will leave you with the impression of having plunged into a sound universe that recalls Angélique Kidjo (whose Minyeshu possesses the same expressive quality and the same type of beautiful and typical voice), Mulatu Astatké and ethio-jazz, Konono no 1 and its DIY live recording sounds (Fidel, which means alphabet, and its chechezeya, a rarely heard traditional instrument), with a few bursts of Reggae (Qhakaza Thando), Afro-Beat (Ethiyo yo pia), a touch of Asha Bosle (Marawa, Abay) and even of Yann Tiersen (Fiker)!

I’ve been listening to it over and over again for a week, despite the astronomical amount of albums I should be putting in my ears, that’s how much I love it!