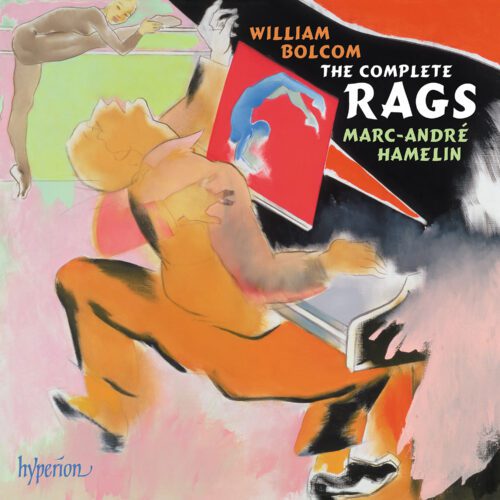 The Ragtime popularized by Scott Joplin never really disappeared. In fact, no: it did disappear from memory for a good half of the 20th century before making an academic renaissance in the 1960s and a spectacular return to popular favor in the 1970s by appearing in the soundtrack of the 1973 film The Sting (starring Robert Redford, among others). So much for History 101. His swinging style, which is at once jazz, popular and classical, has since attracted a few composers who have dabbled in it from time to time. American William Bolcom is perhaps the most assiduous of all. His rags are all typical, with a few twitches here and there to make them more than basic pastiches. The fact remains that, for the average listener, notwithstanding the super friendly and attractive side of these sometimes lengthy (5-7 minutes) bluettes, the impression that a rag sounds like another rag remains strong. One cannot fault the obvious enthusiasm that propels the Quebec pianist’s playing in this nostalgic-modern repertoire, and the undeniable aplomb with which he breathes life into them. It might have been appropriate to make a nod to another Quebecer inspired by Ragtime: Mimi Blais. The latter has made it her main battle horse and her cheerful compositions have toured the world.