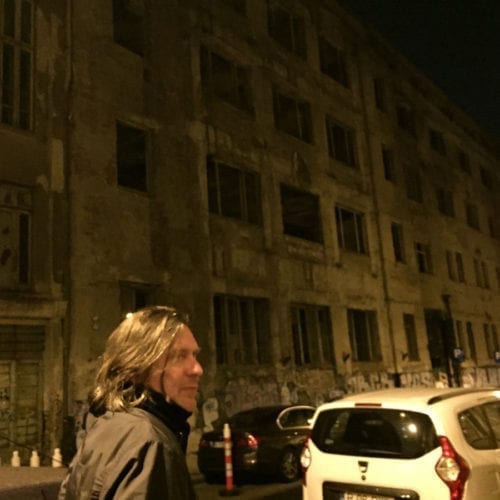 On March 12, immediately after his concert at the Empty Bottle in Chicago, Viennese artist Christian Fennesz had to abruptly end his North American tour of 15 or so cities, which he had just begun, and which was to take him to Montreal the next day. Damn!

Even if a recording doesn’t replace a concert, especially when it’s as immersive and physical an experience as Fennesz’s, we can console ourselves by listening to the one in Chicago, which the one at Sala Rossa, chances are, would have sounded like.

Two long, granulometric meditations totalling almost an hour, featuring elements from his most recent studio album, Agora, and everything else we like about him: his patient development of a piece by superimposing tracks and layers, his saturated textures that slacken and seize, his multi-level buzzing, his squeaks that echo in space, his crescendos that arrive as gusts of decibels, his lulls like sunny clearings, his remnants of disintegrating melodies, his waves that rock us and carry us away… and always his sense of dynamics and respiration, always signature his sound palette.

He concludes with a reprise of “The Point of It All”, from his 2004 album Venice, which is, if you don’t mind, the correct Germanic pronunciation of his name.

It’s a shame that the neighbours are at home all the time at the moment. If you can’t take advantage of their absence to shake the walls of your abode, there’s always the headphones.