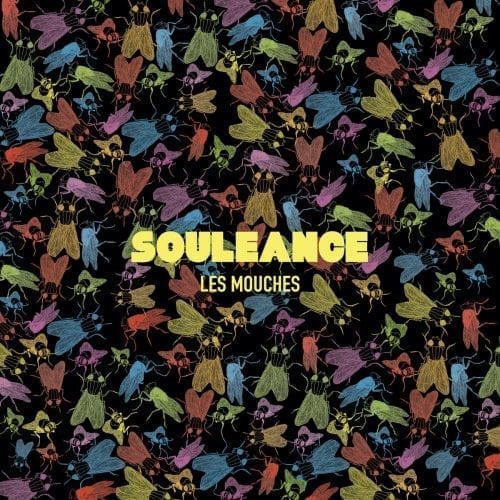 The American vice-presidential debate on October 7 made a superstar of a certain tiny domestic pest. In our media-saturated era, however, celebrity often has less of a lifespan than that of the common housefly (which is 28 days). With that in mind, it’s imperative to jump quickly on Les Mouches (“the flies”), the new six-pack EP from the partnership of Parisian DJ/producer Soulist, mastermind of the What the Funk nights since 2003, and Ed Banger veteran Fulgeance, hailing from Caen on the northwest coast. Flagbearers for hexagonal funk in the aftermath of the French Touch movement (check out their formidable French Cassette album from a year and a half ago), each is busy enough with various projects of their own, but they reliably reconnect on the regular to pool their resources. The title track to this new joint properly pastiches New York City’s dirty disco sound of the turn of the ’80s. It’s named, after all, in honour of the late-’70s Chelsea-district nightclub, where one might have kicked back with Grace Jones and Imelda Marcos while the Bee Gees took the stage. That’s followed by “Aquarelle”, the strongest track on the EP, which is hinged on a striking piano riff highly suggestive of Serge Gainsbourg. “Mont Maudit” is interesting, a brash, playful neo-mambo that takes a strange detour into choral vocals – a field recording from a haunted mansion, perhaps. “Maneuvers” in particular showcases where the strength of Souleance lies – over simple, juicy disco grooves, copious quantities of sizzling keyboard work, on Korgs, Rhodes, and supercool clavinet. Ain’t no flies on these guys.