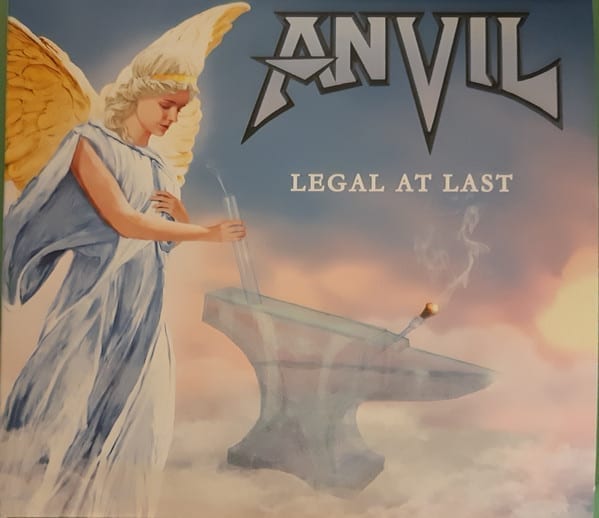 Endurance and perseverance. Two terms that sum up the career of the Toronto trio, which has been going against all odds since 1978. The heavy speed metal band was originally called Lips, and then renamed Anvil in 1981, the year they released their first album Hard ‘n’ Heavy. The 18th album by singer-guitarist Steve “Lips” Kudlow, drummer Robb Reiner and bassist Chris Robertson (who arrived in 2014) is called Legal At Last, in reference to age of consent. If you didn’t grasp the pun, the title track will clarify the matter, starting with the sound of a beer can being opened. Anvil is not a band you listen to for its originality, but there are still some tracks on Legal At Last that have the merit of catchy choruses, such as “Nabbed In Nebraska”, “I’m Alive” and “Glass House”. There are also lyrics that deal with important issues: air pollution on “Chemtrails”, overexploitation of resources on “Gasoline”, and the right to privacy on “Glass House”. As for the rest, Anvil is consistent: the twelve songs on Legal At Last are repetitive and Lips’ voice is as shaky as ever.