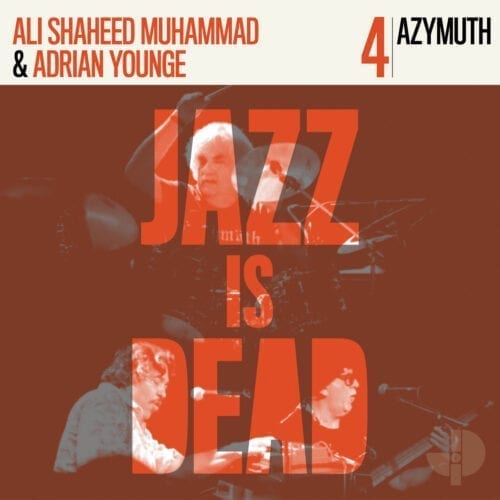 Jazz is not dead. If anything, the genre is enjoying a renaissance. One has one’s suspicions that the pair of producers pounding on its chest, hollering “live, damn you, live!”, have ulterior motives behind the dramatic pronouncement with which they’ve named their label and its flagship series of releases. That pair is of course A Tribe Called Quest’s Ali Shaheed Muhammad, and Adrian Younge, the Quincy Jones of his generation, a powerhouse production partnership grounded in hip-hop’s golden age (together, they banged out the Luke Cage series soundtracks, and apart, each has a discography decades deep). For all the drama inherent in their label’s mission statement, the impression is there that the whole thing is just an excuse to hang out and hit the studio (Younge’s strictly analog Linear Labs) with the cats these two heroes consider heroes.

Following an introductory sampler, the first two sessions from Jazz is Dead were with vibraphone titan Roy Ayers and the venerable Marcos Valle. The new batch sustains the Brazilian theme, building out from baseline jams by Azymuth. Formed in the mid-’70s, the durable trio from Rio de Janeiro generated fluid, filigreed jazz-funk with a sinuous samba sensibility intact to this day. They had a modest international hit in ’79 with “Jazz Carnival”, and then a second wave of popularity in the ’90s, thanks to the acid jazz scene in Europe. Bassist Alex Malheiros, drummer Ivan Conti, and lately Kiko Continentino – on the keys since the passing of original member Jose Roberto Bertrami in 2012 – have been keeping busy enough since then.

Jazz is Dead 004 is a delicious listen. Azymuth’s flights of fancy, often with a hint of humour to them, are interesting, exciting even, but never go overboard, and neither does the impeccable production work Muhammad and Younge, who layer on strings and horns without smothering the essential jams. To be fair, some of the material wanders close to sentimental schmaltz, which isn’t what this reviewer signed up for. The piano on “Pulando Corda”, for instance, is too sweet for its own good. But those moments are rare. Most of the material here is immensely satisfying, as the top talents assembled take the fun they’re having very seriously.