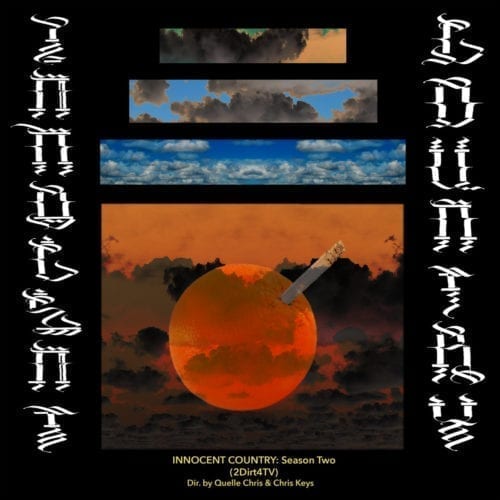 Never where you expect him to be, Quelle Chris is one of the most unorthodox actors on the current rap scene. After the irony of the excellent Everything’s Fine, in duet with his girlfriend Jean Grae, and the social critique of Guns, released last year, we were expecting a new cupcake with caustic sprinkles. Especially since the first part of the project, released in 2015, was not particularly optimistic. But Innocent Country 2 is the sunniest thing the Detroit-based MC has done so far.

The return of Chris Keys behind the decks has something to do with it. He has given the rapper’s new songs the torrid atmosphere of the Californian beaches near where he lives. As ever echoing the work of J Dilla and Pete Rock, he smoothly deploys submarine grooves mixed with jazzy piano chords. The patience of this music goes well with the lyrics of Quelle Chris, who, without abandoning his usual mocking, leaves behind his usual misanthropy to reach out to his fellow man.This late summer evening party has many guests, the most famous of whom are Merrill Garbus (Tune-Yards) and Earl Sweatshirt. They bring a bit of variety to an album that sometimes runs the risk of becoming too homogeneous. Fortunately, Keys is never short of good ideas and the best ones come especially at the end of the day: the funky rhythm of the very nice “Sudden Death”, the sumptuous arrangements of “Graphic Bleed Outs” and the gospel choirs of “Mirage”. In the end, without reiterating the two previous albums of Quelle Chris, Innocent Country 2 is a very good vintage.