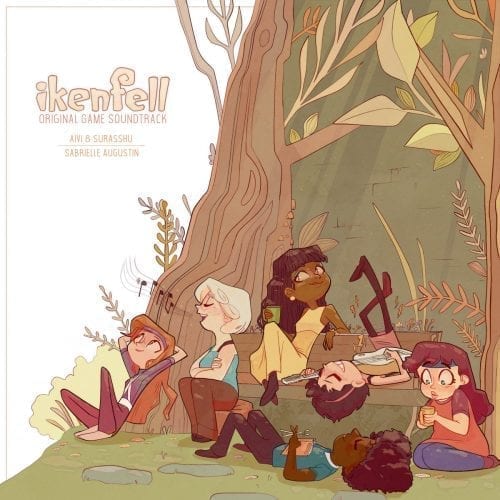 The California duo of pianist Aivi Tran and chip musician Steven “Surasshu” Velema made their debut with the memorable 2013 mini-album The Black Box, their self-described “digital fusion” an exceptionally precious strain of neoclassical electro-pop. The comic-book cover art, and cover versions of themes from the Zelda and Katamari games, confirmed that these sounds were emanating from the geeks’ corner of the high school cafeteria (the pair, now married, met at a videogame convention). That qualified them, quickly enough, to compose the score for the award-winning, queer-positive cartoon series for teens, Steven Universe. The experience served them well, as they’ve since steered their efforts into the rather obvious realm of game soundtracks.

Humble Games’ Ikenfell is a turn-based RPG about a group of student sorcerers at a magic school – Harry Potter, in other words, for folks who’ve had their fill of J.K. Rowling. Despite Ikenfell’s notably retro, 8-bit graphics, the accompanying music is (mostly) devoid of overt chiptune elements, and the electronic aspect takes no precedence over traditional instruments. Piano, strings, guitar, and woodwinds dance decorously with the synths and sequencers in play. It’s an enormous batch of content, 75 tracks in all. It can’t be denied that a lot of it is necessarily generic, and often trite and sentimental. There are however enough power-ups strewn in the listener’s path to keep them in the game. Much of it is minute-long mood cues – many of them, mind you, so expect thrills, chills, tears, cheers, and chuckles. There are also a half-dozen more substantial pieces handled entirely by their friend Sabrielle Augustin, a very capable young media-music composer. The most consequential moments are the individual character themes, which sound like echoes of the elaborately naive, ornamental macro-pop of Japan’s Shibuya-kei wave circa Y2K. A rotating cast of guest vocalists appear on those tracks, as if to underline Ikenfell’s accent on social bonds.