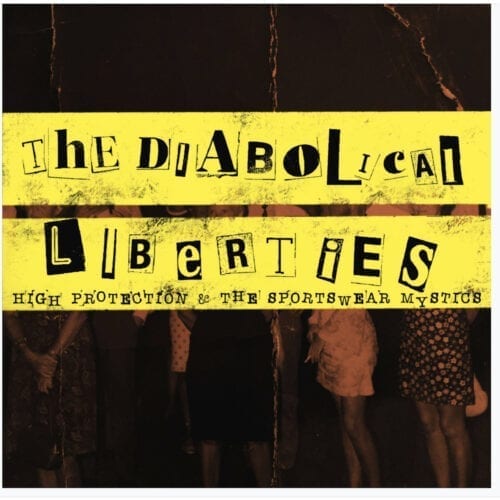 The new album from singer/guitarist Rob Gallagher (alias MC General Rubbish) and laptop operator Alex “Patchwork” Stevenson, an associate of Gilles Peterson, prompts the question as to whether “sarcastic funk” might constitute a legitimate musical genre to propose. The first single off this new album, “Sliders”, a truculent tribute to poor taste in footwear, indicated that it could well apply to this twosome. Witness their concussed, cowbell-festooned electro-funk, spattered with punk jazz thanks to the bleating saxophone of King Krule’s Ignacio Salvadores, and occasionally sinking into a dub-drenched stupefaction. It’s all a platform for the delirious declamations that Gallagher delivers in a graceless sprechgesang, informed by beat poetry, street preachers, stochastic music, or maybe just what Jason Williamson of Sleaford Mods (a similarly indecorous pair of English digi-punks) recently referred to on Twitter as “5X chopped pub dust”. Gallagher was once upon a time the voice of respectable acid-jazz outfit Galliano, and more recently masterminded the mysterious mutant funk of the Earl Zinger project. With ThE DiAboLIcaL LibERTieS, Gallagher shows an evident trajectory towards the weird and wildly audacious, and he’s prepared to spell it out for you (in a deliberately diabolical fashion).