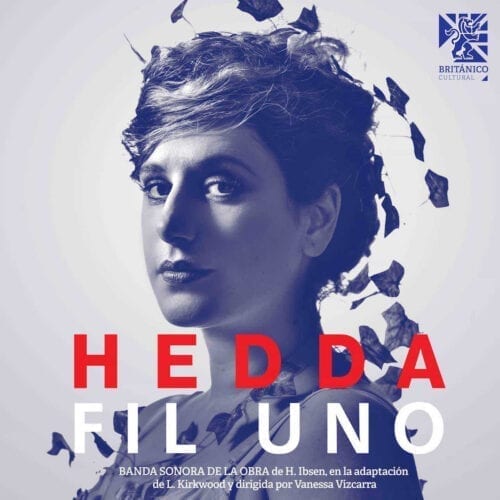 Peruvian composer, conductor, and cellist Fil Uno has detoured over recent years into explorations of his instrument in and of itself. 2016’s Violonchelo Solo was an intriguing set of extended excursions into particular acoustic possibilities of his instrument. He returns now with a shorter work that’s more conventional, drawing on his earlier discoveries in the service of mood and narrative.

These pieces were commissioned to accompany a production, directed by Vanessa Vizcarra for Lima’s Teatro Británico, of the stage play Hedda, Lucy Kirkwood’s modern-day adaptation of Henrik Ibsen’s Hedda Gabler. The operative atmosphere is of course one of bourgeois domestic malaise and gloomy Scandinavian doom. Fil Uno captures that spirit, his cello is accompanied at points by his own piano (on the elegant “Vals”), and by some subtle electronic beats, care of Frank Cebreros and, on “El Techno de Hedda”, Mexico’s Monopolar. A brief listen, a mere quarter-hour in duration, Hedda leaves one impressed but unsatisfied, craving more.