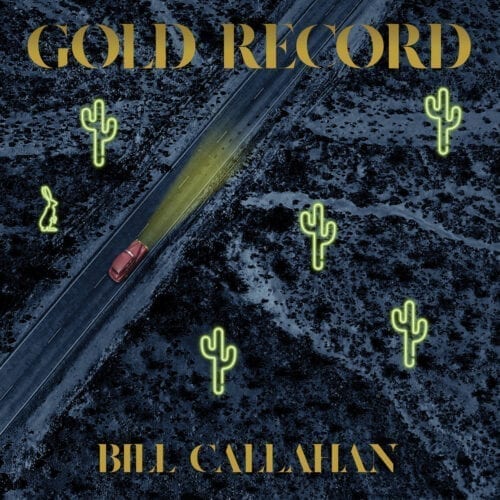 “Hello, I’m Johnny Cash,” says Bill Callahan at the opening of his new album. A few moments later, he concludes the first track of the record with the words, “Sincerely, L. Cohen ”. Does our man suffer from a dissociative identity disorder? Nay. He’s only winking at the masters who influenced him. In fact, Callahan – who’s been known to be more tormented in the past – seems to be in a particularly playful mood since the release of the masterful Shepherd in a Sheepskin Vest last year.

On that album, released after a creative hiatus of five years, the singer, who had just become a father, celebrated the quiet pleasures of everyday life. He hadn’t become too optimistic, however. His gaze remained lucid and his pen was as sharp as ever. That’s still the case on Gold Record where, on the one hand, he marvels at the innocence of young lovers (“Pigeons”, “Let’s Move to the Country”) while critiquing the naiveté of a militant musician on the other. “I protest his protest song / I’d vote for Satan if he said it was wrong,” he says on “Protest Song”.

Musically, Callahan picks things up exactly where they left off with Shepherd in a Sheepskin Vest. He continues to drag his beautiful baritone voice somewhere between the folk of Leonard Cohen and Nick Drake. The inventiveness of the arrangements keeps the listener on the alert and magnifies the stories the bard whispers in our ears. Good stories, by the way. The lyrics of “The Mackenzies”, for example, could be included in a collection of short stories by Raymond Carver. The songwriter is at the peak of his art.