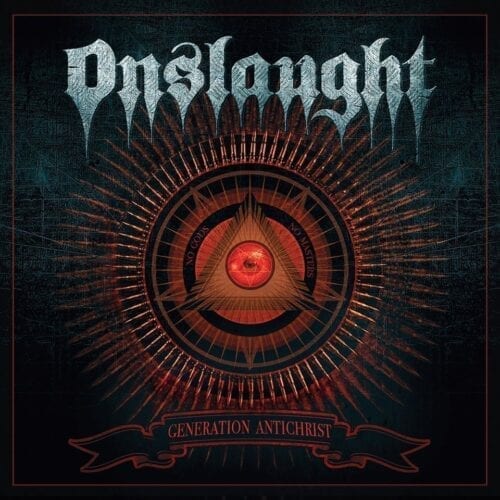 The absence of singer Sy Keeler behind the mic should not prevent Onslaught fans from enjoying the band’s comeback on record for the first time since VI (2013). Dave Garnett, the singer the band called in to replace Keeler during a concert in February 2020, is a worthy successor to the singer who left Onslaught two months later to devote himself to his full-time job. In an interview with Tony Webster of the podcast The Metal Command, Onslaught’s guitarist and co-founder Nige Rockett explained that the recording of the vocals had been entrusted to producer Pete Hinton (Saxon) for his knowledge of their material. The aim was that he would help Garnett deliver a performance that would be in keeping with Keeler’s. Mission accomplished.

Beyond these considerations, it should be noted that Generation Antichrist has been under construction since 2018, and that in March 2019, the band launched a video for the song “A Perfect Day to Die” (dedicated to Lemmy Kilmister from Motörhead), with Keeler’s voice. The latter was of course re-recorded by Garnett. Onslaught’s seventh album won’t surprise anyone, but that’s not necessarily a negative as their thrash remains devilishly effective. The album, mixed by Daniel Bergstrand (Behemoth, In Flames, Meshuggah), also has a modern and biting sound, which increases the impact of the nine tracks that march by at high speed. If you liked VI, you’ll be satisfied with Generation Antichrist.