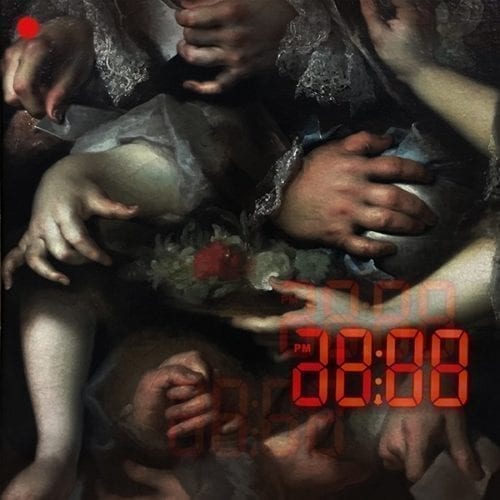 Making an album around a night of partying, from the enthusiastic start to the eternally miserable conclusion, may be a bit banal or simply cruel these days, but it’s the gamble Richard Russell has taken regardless. The co-founder of the famous XL label, and the man behind the project of variable geometry Everything Is Recorded, called upon a host of collaborators to produce this second album. Spread over twelve time slots, from 9:46 PM to 11:59 AM, it takes us into a long night in the company of Aitch, MC FLOHIO, Berwyn, Irish singer Maria Somerville and her compatriot Kean Kavanagh, A.K. Paul, James Massiah, Infinite Coles and his father, Ghostface Killah, as well as Crass co-founder Penny Rimbaud. A very disparate range of guests, for a result that is just as varied. That said, this (too) great diversity tends to obscure the narrative or sequential thread of the album. There are some really engaging tracks here – “10:51 PM/The Night”, at the beginning of the album, or “02:56 AM/I Don’t Want This Feeling To Stop”, delivered with passion by the Londoner MC FLOHIO, who screams so that the music doesn’t stop on a sample of Mickey Dread, and “03: 15 AM/Caviar” with Ghostface Killah, who has to deal with a girlfriend who pukes up her pizza on her TV and sends her packing – but others, apart from one or two a bit more more jazzy-soul, don’t catch on as much. As noon approaches, the inevitable ending, delivered by the anarchist poet Penny Rimbaud against an ambient backdrop, would have been better if it had been a little longer than the minute and a half it lasts. That would have underlined the difficult return to reality and the ephemerality of the party, always full of promises and as many disappointments.