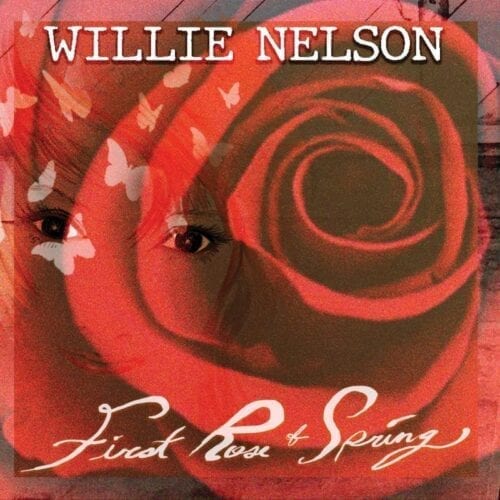 As we know, living legends aren’t in abundance. But Willie Nelson – whose name is part of the toponymy of Austin, Texas – transcends this category to become one of the living gods. A very select club, really, since its only other member is Tenzin Gyatso, alias the Dalai Lama.

The still spry Nelson, as if miraculously unaffected by the weight of years (he blew out 87 candles just two months ago), is releasing his 70th studio album these days. That is, for instance, 67 albums more than My Bloody Valentine. Not to mention his 25 collaborative albums, including five with his late outlaw sidekick Merle Haggard.

What’s striking when listening to First Rose of Spring is Willie’s grace – no, damn it, his youth. His phrasing remains unmistakable, while his larynx still vibrates at the perfect frequency. Little nostalgia, no regrets, no laments about his arthritic pains, no ruminations or reflections on the imminent passage of the Grim Reaper.

Willie is on fire, so… softly, as the tempo remains quite slow throughout the pieces. On the program are songs of timeless quality, even though they were written recently, such as the title track and “Don’t Let the Old Man In”, which Toby Keith had composed for the soundtrack of Clint Eastwood’s The Mule. Then there are covers of standards such as “Just Bummin’ Around” and “I’m the Only Hell My Mama Raised”, of which Johnny Paycheck’s interpretation is the best known.

“We Are the Cowboys” is a fraternal anthem from in 1981, by Billy Joe Shaver – “We are the cowboys, the true sons of freedom… Cowboys are average American people, Texicans, Mexicans, black men and Jews.” Willie also crafted two songs with Buddy Cannon, who produced the album, the sentimental “Blue Star” and the gravelly “Love Just Laughed”. “Yesterday When I Was Young”, a moving adaptation of Charles Aznavour’s “Hier encore ”, closes an album as divine as it is spirited.