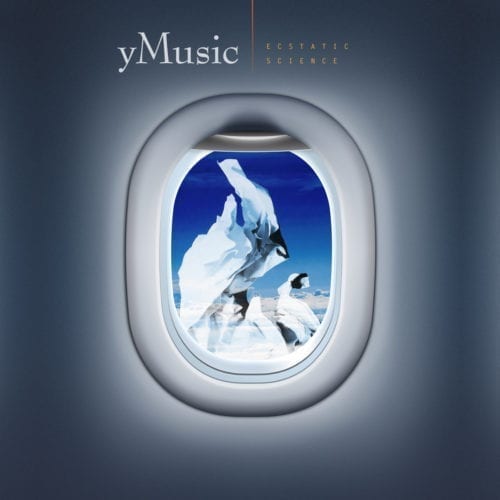 They’ve recorded with singer John Legend, with Paul Simon, whom they also accompanied on tour, and were among the performers on Arcade Fire associate Richard Reed Parry’s Music for Heart and Breath, which Deutsche Grammophon released in 2014. They can still be heard, along with Regina Spektor, on “You’ve Got Time”,  the final season theme of Orange Is The New Black. With these bona fides, it’s not obvious that yMusic is a contemporary music sextet, and yet the ensemble is one of the most vibrant new-music groups south of the border (along with Alarm Will Sound, eighth blackbird and ACME, or American Contemporary Music Ensemble).

This fourth yMusic album opens and closes with works by Gabriella Smith, a young West Coast composer with an agitated, rhythmic style, whose name we’re happy to discover, because we’ll certainly come back to it. The title piece is by Missy Mazzoli, one of only two women to have been commissioned by the Metropolitan Opera in its history to write a work (and it was Yannick Nézet-Séguin who announced the two in 2018). No voices here, but an extremely balanced use of the forces at work: three winds (clarinet, trumpet, and flute) and three strings (viola, violin, cello), which exchange the focus throughout an ingenious melodic mix-and-match. Caroline Shaw, winner of the 2013 Pulitzer Prize, also has experience composing for voice, as evidenced by her work with the Grammy-winning ensemble Roomful of Teeth. Her music has undeniable vocal qualities, as if you could feel the breath of the instruments, but she also writes very well for the sextet, whose timbres she mixes admirably. Her three-part piece, “Draft on a High-Rise”, is one of the highlights of the program. Finally, there’s Paul Wiancko, who’s already performed as a cellist at the Montreal Jazz Festival with Stanley Clarke. There is a drop or two of jazz in his piece “Thous&ths”, diluted among some strange harmonies, which the musicians interpret with unfailing accuracy.

A beautiful album from an ensemble that contributes to the radiance of living music.