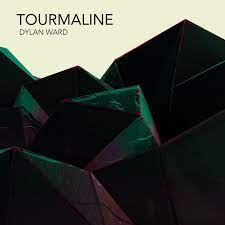 Tourmaline is a semi-precious stone with iridescent reflections that seem to constantly play with light rays in order to reshape them into a multitude of vibrant colours. A natural eclecticism that perfectly suits this eponymous album of new electroacoustic compositions for saxophone and digital score.

If the first two pieces of Tourmaline offer us a pleasant sound world, playful at times, the next two transport us into a much more disturbing dimension, while the last one is resolutely contemplative. What they all have in common is the symbiotic approach between the sax (whether soprano, alto or tenor) and the electronic framework of the composers. One is forced to strain one’s ear and concentrate on trying to separate the two. But in the end, you give up and let yourself be taken in by these strange and bewitching maelstroms of sound.

Alexandra Gardner’s Tourmaline and Viet Cuong’s Naica adequately evoke the luminous opalescence of a bewitching minerality. We witness a fascinating display of fluttering activity, like so many elementary particles playing hide-and-seek in a quantum field of constant, but slight, quivering energy.

It is as beautiful and intellectually stimulating as it is playful and, despite everything, accessible.

Angelus Novus by Seth Andrew Davis takes us somewhere else entirely. Inspired by a Klee painting, this intense diatribe veers into white noise, like an old-fashioned TV receiver that you try to adjust with an antenna, which you only need to fleetingly touch to take you from the Green Acres to an alien sonic assault. An experience of auditory schizophrenia that turns into extreme psychedelia.

Kenneth Michael Florence’s Seven Steps begins with a guitar riff continuo, followed by the saxophone flickering over pianistic colour effects in an almost pastoral landscape. The two moods come and go, then intertwine in a dialogue of the deaf that finally finds its balance towards the end, albeit precariously, and above all indecisively, as the whole thing ends… on a good old fade out!

With Sum of its Parts, Emma O’Halloran paints a noisy landscape that gradually reveals itself to us and serves as a support to a lyrical saxophone that draws out ample and solemn phrases. The ensemble gives the impression of a digital sunrise on an Azimovian planet. A very successful impressionism 2.0! The scene becomes more complicated towards the end, with the arrival of a storm or the advance of a cloud of hornets (it depends). A surprising and logical conclusion to an album that has never ceased to surprise and seduce us since the beginning.

Dylan Ward is a talented saxophonist who dares to be demanding of music lovers, but rewards them with music that is clear and coherent in its discourse and original in its sounds, and that communicates its intentions directly. Contemporary, avant-garde, but not abstruse at all.