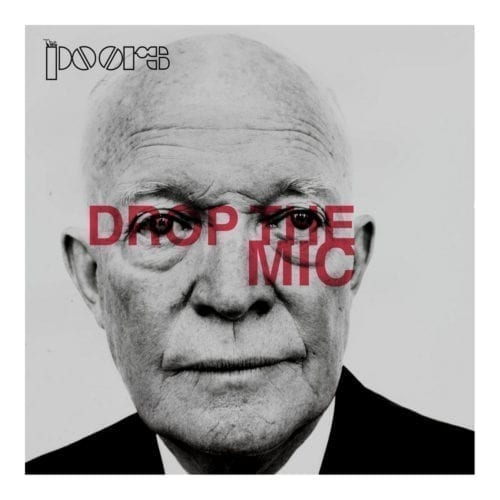 Montreal’s dukes of distorted disco, aRTIST oF tHE yEAR, have made an artform out being cleverly obtuse, because, well… technically speaking, you can’t go overboard if overboard is where you started. The principle has served them well for a decade and half.

They’re no strangers to a certain amiable belligerence, and it’s there in bulk on the fourth single from AOTY subsidiary project The Poors, a ridiculously catchy act of auditory vandalism. The previous jams – “City Boys”, Hood”, “Masters of Make Believe” – enticed with inventive, grooving electro-rock, but it feels like a set-up now, leading the listener into a dark alleyway where the bass guitar on “Drop the Mic” beats the shit out of them.

Behind that abusive bass is what seems like a sleazy, four-way make-out session between glam rock, electroclash, stoner boogie and seditious punk. It’s kinda hard to pinpoint, however, when one is in a fetal crouch on the floor, getting kicked in the head by the low end.

Though it concludes with a decisive crunch, “Drop the Mic” isn’t a mic-drop for The Poors. Once recovered, the listener may be pleased, if a little wary, to know that a fifth single is on its way, with an EP to follow.