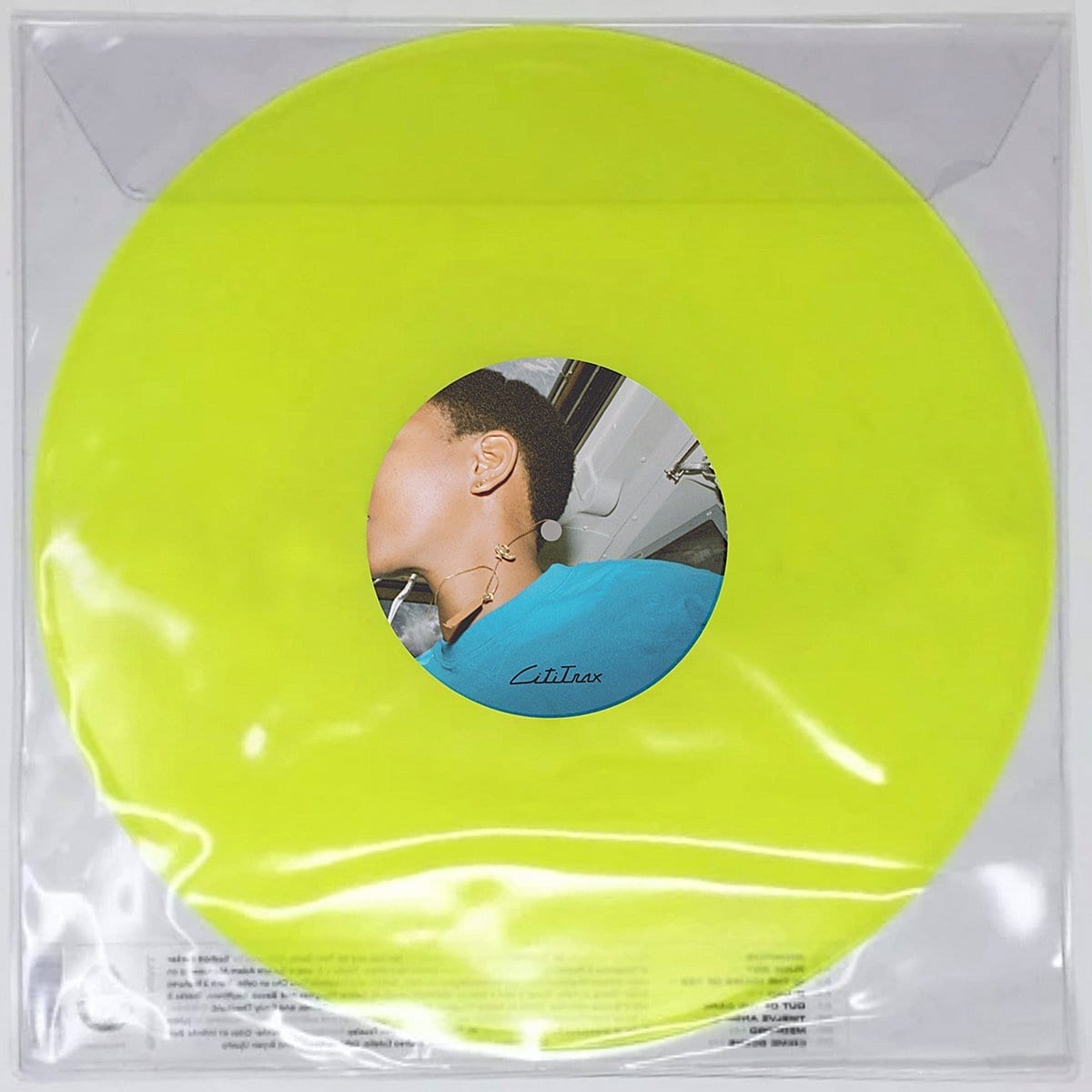 Two years have passed since Aus Den Falten, the last, tepidly received offering after the very legitimate uproar for Dahinter Das Gesicht, a sulphurous EP released in 2017 on aufnahme + wiedergabe that ensured the duo an international profile. Jonas Förster and Philipp Graf now find themselves on Cititrax, a New York label tied to Minimal Wave and dedicated to the promotion of contemporary electronic music. The German duo combine their efforts on four tracks, deploying their arsenal of body-music techno with panache, a stark blend of dark techno and EBM.

Fortunately, the second half of the 12″ returns without compromising to the flexible considerations of an untamed dancefloor. The latest constructions break free from the simple exercise of spectacular style, to transform themselves into a metallic cascade in which the sense of tension, however palpable it may be, has rarely been more danceable.

A refined tightrope-walker, Schwefelgelb skillfully blends industrial prose and glamorous club music. The cavernous tones and numerous percussive shifts draw as much from muscular techno as from EBM pioneers such as DAF and Front 242. A confession of nocturnal excess, this EP is in line with the duo’s stroboscopic signature. It’s hard to remain indifferent to such a vertiginous volley.