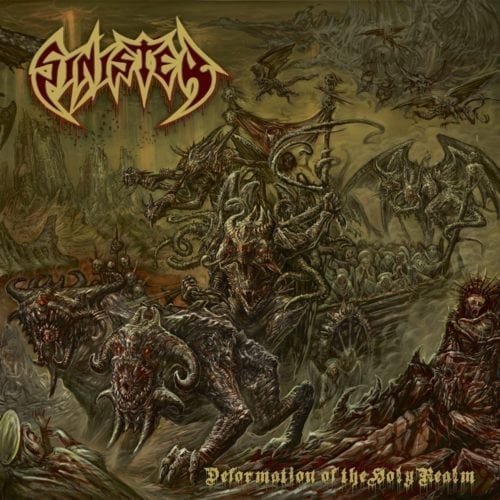 Feel like listening to a death metal album – like in the old days? If so, the 14th album from this band, formed in 1988, is for you. Despite a multitude of changes in its ranks and a split from 2003 to 2005, Sinister has remained true to the sound of the first wave of death metal. Aad Kloosterwaard, Sinister’s drummer from 1988 to 2003 before moving to the microphone in 2005, is the only original member of the band that turned heads with Cross the Styx in 1992. Like all the band’s previous albums, Deformation of the Holy Realm opens with an intro of great solemnity (here, “The Funeral March”), which carries over to the songs “Apostle of the Weak”, “Scourge by Demons”, “Oasis of Peace (Blood from the Chalice)” and “The Ominous Truth”. As for the rest, you get a wall of death metal strewn with solos and breakdowns that invite some furious headbanging. Try the title track, “Unique Death Experience” and “Suffering from Immortal Death” for proof.