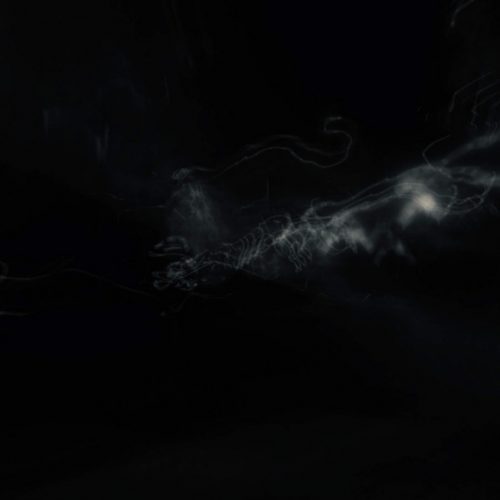 According to the brief biographical note on the Bandcamp page of Dans le monde des variants, this is the musical project of a certain Raymond “Ray” Hollis. Does this enigmatic creator really exist or is it a pseudonym camouflaging a musician who wants to remain anonymous? According to the notice, Mr. Hollis worked for almost 25 years in the construction industry before leaving to join the Institute of Parapsychology in Zurich (upon verification, there is an Alberto Mattle Institute for Parapsychology and Metaphysics in this Swiss city). Was it as a student? Or as a guinea pig? In any case, Ray Hollis would have brought to fruition the talents he knew he was gifted with. This research on himself would have led him to explore his artistic sensibility. Once his thesis on acoustic rock was finished, he tackled experimental music.

This is the first album of Dans le monde des variants. According to the press release of the brand new label Lotophagus, this name does not allude to the micro-organisms that poison our lives these days: it is rather a tribute to the short story of the same name published in 1939 by the prolific and influential author J. H. Rosny Aîné, in which we find equivalents of ourselves (the “variants”) living in a parallel dimension, but distinct from ours.

The album, called I, contains five pieces, four of which break the eight-minute mark. The first is entitled “Unidentified Prints on the Cockpit.” It’s hard to tell from listening what these unidentified prints mean. However, one can notice that the superposition of trills, drones, and crackles creates a post-rock atmosphere which gives way, at the end of the piece, to the characteristic noise of an aircraft losing altitude. ”Resonant Rocks” begins with a high-pitched synth chord with an echoing effect, which sounds repeatedly. There are also low notes in the background, followed by Jedi lightsaber-like sounds and devilishly hypnotic modulations. Next comes “Church,” the shortest piece at three minutes and thirty-nine seconds. The same background drone ambience, over which Raymond Hollis intersperses the sounds of ATM pitches, furtive “zooms” and heart monitor beeps, among other noises. During “1974,” the penultimate track, space vibrates with the sound of high frequencies that gradually turn into church organ notes, anxiety reigns more than ever; Ray Hollis does not intend to laugh. The album ends with “Space,” a piece that could hardly be better named, since it opens, for the well-disposed musicophile, a door on the infinity of the universe.