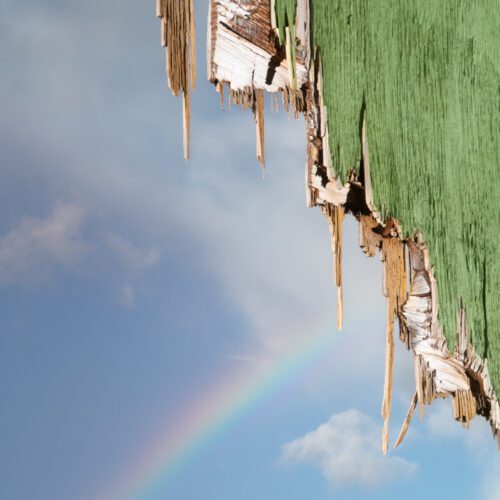 It’s a been a rough one for those of us living on planet Earth, plagued by a lingering existential dread that bubbles deep in the pit of our cores—exacerbated by a pandemic that doesn’t want to hang up chokehold—so it’s important to revel in the little moments, one of those being all of the great new music we get to experience.

Some of that great new music comes from the Calgary-based dream pop-meets shoegaze project, Crystal Eyes, and their sophomore LP The Sweetness Restored. For all of the Leonard Cohen fans out there (and who isn’t?) yes, the title comes from one of his final songs “Leaving The Table.”

Though Crystal Eyes sounds nothing like the championed crème de la crème Canadian singer-songwriter, their music has the same playful spirit, although instead of darkened folk ballads, they trade it for bright halcyon psych-rock ala Alvvays or Beach House.

“Wishes,” the opening track, sounds like the intro of a John Hughes coming-of-age film, and that little guitar hook has so much staying power. “Like a Movie” also has a cinematic quality to it with its lush soundscapes of Hammond organ and reverb-soaked guitar.

Lead vocalist Erin Jenkins’ hazy voice is also quite alluring on The Sweetness Restored leading you into a trance of dance and starry-eyed reverie. “A Dream I Had” is another standout with its utilization of space-age theremin and succulent bass lines. It sounds like The Cure in all the right ways.

Crystal Eyes is a band that knows how to create an atmosphere—with The Sweetness Restored leaving you with a dumb fat smile on your face.