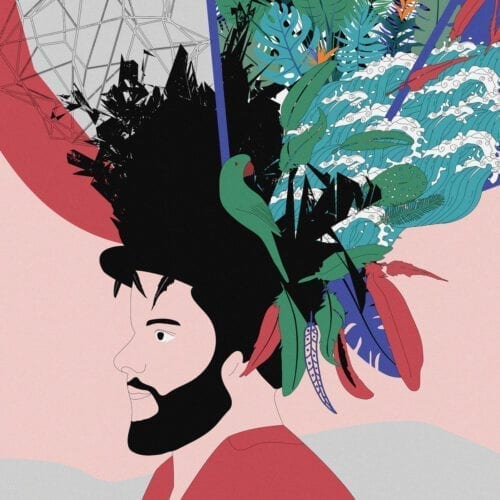 São Paulo’s João Tenório enjoyed a former life as drum & bass producer Telefunken, back in the early oughts, but the comparisons to what’s been up to in recent years, cultivating this Semper Volt project, would be tenuous at best. Following two EPs in recent years, Tenório now presents his first full album under the name.

Barefoot folk-pop in a Brazilian vernacular is intimately and inextricably tangled up here in a rich tapestry of electronic beats and sounds, strange but benign electro-funk mutations, lurching, leftfield, raw, and rather organic. Substantial stuff, but never too weighty or unwieldy. The production help of Ivan “Boi” Gomes likely went a long way in this respect. He’s got a decent resume in this field of “nova MPB”, the next generation in música popular brasileira, taking greater liberties than ever with the rooted yet cosmopolitan hybrid sound that followed bossa nova.

Tenório’s personality comes through in his affable and easygoing delivery, and the simple but effective poetry of his lyrics. A good example is the memorable third single “Se Juntou”, appealingly pluralist in its perspective. “Massa Crítica”, meanwhile, is a reflection in the aftermath of Bolsonaro’s election. The spirit is deflated, but not broken. “Quando forma multidão é força mística”, guest singer São Yantó earnestly intones – “When forming a crowd is a mystical force”.

It’s also just nice to note that Tenório’s father Carlos Balla, a drummer who’s worked with Djavan and Gal Costa, plays on two tracks here… keeping an eye on the boy, one assumes.