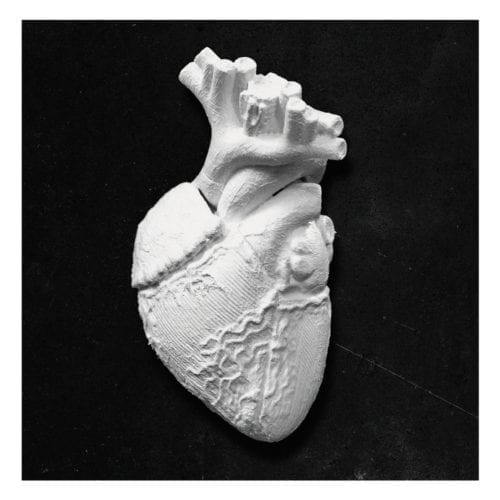 At the bend of a synaptic path in Pascal Dumont-Julien’s musical mind, Madame Wire met Monsieur Malajube; they fraternized and produced an offspring that they named Julien Dumont, in homage to their host’s cerebral matter. Little Julien was entrusted to an experienced nanny, Madame Indochine, who fed and raised him in a hurry. Julien, precocious as ever, released his first album, which he entitled Constance perdue, shortly afterwards.

This Constance perdue promptly ended up between our ears and informed us, with a somewhat self-satisfied smile on its lips, that we were facing a melancholic opus of exception, from the new wave and post-punk sector of the universe, with occasional touches of retro ethereal music (cf. Spiral-era Vangelis). Local product, on top of that. “There is no love, emptiness is all around”, Julien sings on “Boréalie”. In fact, the Constance of the title seems to give the narrator a lot of sentimental threads to twist.

A young veteran of the uncompromising groups Moussette and Bateau Noir, Julien Dumont wrote all the lyrics except for “Un autre monde”, by Jean-Louis Aubert (Téléphone). This cover is one of the songs – the other being “Pour toujours” – whose crystalline guitar evokes Indochine.

Also on board here are Chantal Ambridge on vocals, Thomas Augustin (Malajube) on keyboards, Frédéric Sauvé on bass, Simon Bilodeau on drums, and Rémy Nadeau-Aubin on guitar. In the arrangements department, Julien teamed up with Jean-François Mineau (a colleague from Bateau Noir), as well as the aforementioned Chantal Ambridge, Frédéric Sauvé and Thomas Augustin, who, along with Julien, jointly produced this short (28 minutes) but very substantial album.