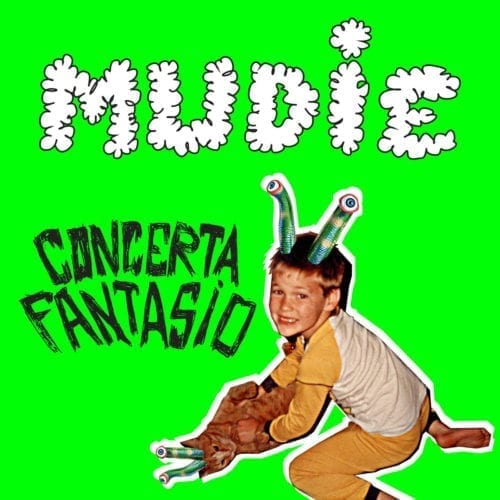 After the release of the album Cordoba, the first solo project from prolific Montreal artist Hugo Mudie, it seems he took a look in the rear-view mirror while driving his car. The setting: nostalgia, punk and love in the time of corona. No wonder the singer-songwriter, a former light of the Sainte Catherines project, has returned to his old musical love. After all, he’s an icon of Quebec punk. That said, there’s always a trace of folk and rock that has tinted his other adventures, like Miracles and Yesterday’s Ring. Concerta Fantasio sounds like a concept album. The themes of his childhood are ubiquitous. A conscious approach? Ask Mudie. After all, it wouldn’t be surprising if this 40-year-old father had revisited his past (“Pennywise & Cypress Hill”, “Secondaire 4”, “L’exorcisme”, “Toujours froid”). When you watch your family grow up, you always look back a bit. On the workbench here are heavy electric guitars, energetic drums and a storytelling song style, to give a general idea of this very accessible encoding. Maybe it’s punk, but there’s no real roughhousing. Sure, there are a few jolts, like the delirious “Hang out with Kesha”, but it’s quite tender overall (“Alien” and the touching ballad “La maladie d’amour”). From time to time, you get the impression you’re back to the sounds you heard in the 1990s, the period corresponding to Mudie’s adolescence. For example, “Secondaire 4” emits a hint of Green Day. Even the former NBA star Magic Johnson has a place in the musician’s imagination, which unfolds in 11 tightly packed songs here. Alex Ortis of We Are Wolves has once again taken over the production of this album steeped in French, just like the previous opus, released three years ago. “Try to love again.”