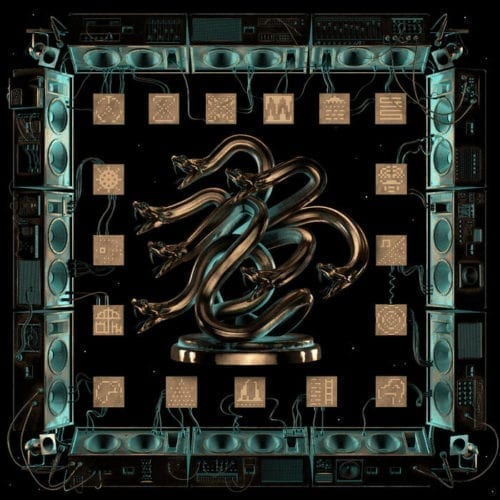 Initially known for their crazy, psychedelic, acid-soaked garage fuzz, the seven half-reptilian demi-warlocks of King Gizzard & The Lizard Wizard have over the years integrated all sorts of influences, from folk to trash metal, surf rock, jazz fusion and garage rock, creating a gigantic fresco of the serpent beast of the apocalypse. Since their debut in 2010, the band has gradually gradually given in to their delusions of grandeur by crafting an epic worthy of a fantasy novel, unfurled over 15 interconnected albums, five of which were released in 2017, and accompanied by videos with a symbolic narrative thread reminiscentt of Alejandro Jodorowsky’s film The Holy Mountain. After an equally titanic tour with The Stonefield and ORB in 2019, the band officially releases its first live album, recorded and filmed during its European tour. Capturing the overwhelming energy of its concerts, the album allows us to appreciate the puzzle formed by the band’s universe, nicknamed the Gizzverse.

The seven sorcerers first bear witness to the solar eclipse of “Evil Star”, then begin their journey by going up “The River”, a song with psychedelic and jazzy accents, to reach the devastating heavy-metal oil tanker “Road Train”. This road then leads them to an artificial intelligence from the future, possessing a human consciousness and named Han-Tyumi (an anagram of Humanity), who describes the end of the cosmos on “Murder of the Universe”. After “Quarantine”, a nebulous interlude suspended in time, they depart with a series of muscular prog-metal tracks describing a world where even saving humanity becomes a lucrative activity like any other. With planet Earth devastated by pollution and an incurable disease, the rich seek refuge on “Planet B” (Mars) while the rest of the population is condemned to stay on Earth. Our rebellious heroes set off for Venus on board the “Venusian 2” spacecraft, and find themselves trapped in the apocalyptic “Hell”, where Satan recruits them into his infantry, whose mission is to invade the Martian colony.

While recalling their happy memories on “Anamnesis”, the seven damned souls prepare to organize an underground revolt, described in “Inner Cell”, to which they then swear allegiance with “Loyalty”. In doing so, they complete their quest as an old hermit teaches them “Horology”, which finally unlocks their power: “Tetrachromacia”.

The chapter ends on their famous track with a Turkish microtonal flair, “Rattlesnake”, which closes the album by biting its tail on the epic 19-minute finale “A Brief History Of Planet Earth”. Will our heroes manage to open the secret door of the album Nonagon Infinity? Only time will tell.