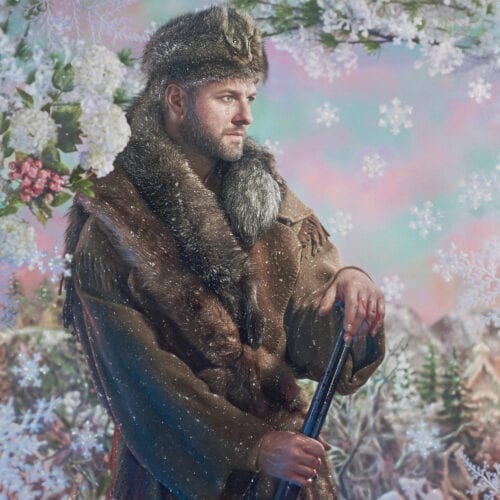 This is not Pierre Lapointe’s first holiday ritornello: he composed, wrote, and sang the timeless “Noël sans pluie” for the benefit of the organization Jeunes musiciens du monde 15 years ago. This time, Pierre takes the Nativity on with a vengeance by screwing a collection of 11 originals entitled Chansons hivernales (“winter songs”) into our ears.

One thus notes that Chansons hivernales offers a blizzard of brand-name collaborators. Among the singers of the aforementioned choir are the indie singers Yuki Berthiaume-Tremblay, from Jesuslesfilles, and Dominic Berthiaume, from Corridor. The young wolf on the rise Félix Dyotte wrote and composed “Toutes les couleurs” with Lapointe and, speaking of wolves, the tasty half-creole, half-French “Noël Lougawou” comes from the joint musical brains of Mélissa Laveaux and Pierre Lapointe. Emmanuel Éthier, Quebec’s hottest pop producer, occupied the captain’s seat.

Chansons hivernales ends with the intimate “Maman, Papa”, strongly reminiscent of “Maman”, the hidden song from Lapointe’s eponymous 2004 album. So goes Pierre Lapointe, an enormously talented singer-songwriter from Quebec, creator of a work that blossoms between sweetness and pain.