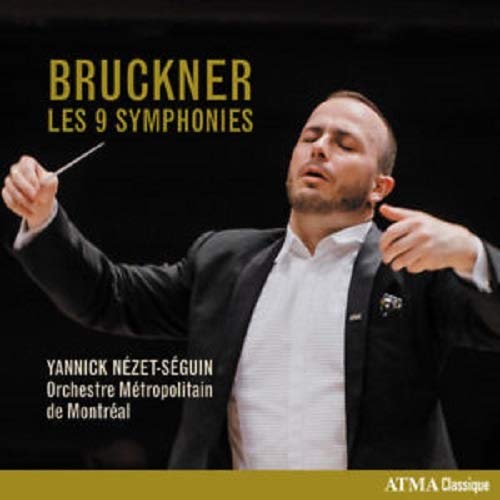 Between 2006 and 2017, Yannick Nézet-Séguin and Montreal’s Orchestre Métropolitain recorded Anton Bruckner’s symphonies #1 to #9 (excluding unnumbered symphonies by the Austrian composer). These nine masterpieces are brought together in one box set from Atma, allowing music lovers to track the ever-ameliorating connection between Nézet-Séguin and OM. The whole is produced and released by Johanne Goyette, artistic director of Atma Classique. It should be noted that the quality of the Montreal orchestra’s direction and performances have acquired great maturity since the beginning of this ambitious recording project. It can be deduced that the performance of symphonies 7, 8 and 9 would no longer be the same today as they were at the time of their recording.