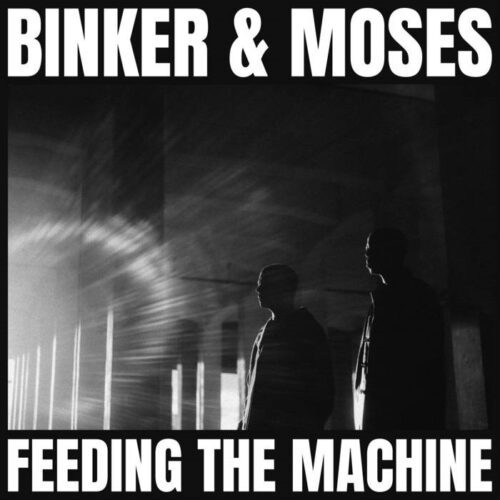 The London jazz scene is one of the main poles of the revival that the genre has undergone in recent years, thanks to artists such as Shabaka Hutchings, Nubya Garcia, Yazz Ahmed, and Kamaal Williams. Saxophonist Binker Goldings and drummer Moses Boyd are also pillars of this vibrant scene. This dynamic duo has two studio albums, Dem Ones (2015) and Journey to the Mountain of Forever (2017). A pair of live recordings were subsequently released, but as Golding and Boyd went on to shine on their own and in various projects, there was little hope for a new joint offering from them.

Like many other leading lights of the new British jazz scene, the two members of the tandem know their history of the blue note well, but they have also drawn from other sources, more urban ones: grime, hip-hop, electro, Caribbean music… These influences were already evident and well-integrated on their first records, but Feeding the Machine represents a giant step forward, towards the future. Before setting foot in a recording studio again, the two lads said to themselves that they had to make a big impact, to push things further. With this goal in mind, they requisitioned their buddy Max Luthert, a double bass player at times, but, for the purposes of this project, a tinkerer of electronic effects. Manipulating the sounds produced by the two instrumentalists live, adding layers of modular synthesizers and all sorts of fiddling, he became the third member of the band.

Recorded at the legendary Real World Studios under the guidance of the no less legendary producer Hugh Padgham (a surprising choice since he is best known for his work with Sting, Phil Collins, or David Bowie in the eighties), Feeding the Machine is a work that succeeds in pushing the limits of free jazz, a genre that, even if it is still considered avant-garde by some, has been around for more than half a century and can be redundant in unimaginative hands. Here, there is no standing still. Luthert’s contribution propels the two jazzmen far into the cosmos. From the very first moments of the opening track, Goldings’ saxophone is put into sound loops whose echoes reverberate and bring the duo’s music into ambient territory. And this is only the beginning of the journey! An expedition in an unknown space zone, somewhere between the spiritual jazz of a Coltrane or a Sanders and the cutting-edge electro of the synthetic wizards of the Warp label.

It is this electronic reshuffling of the cards dealt by the two musicians that first strikes the mind of the music lover who, however, once recovered from his astonishment, can only be ecstatic about the prowess put forward by the two young English wolves. Both are virtuosos on their respective instruments and both have an unerring instinct for setting up a dramatic mood and building up the intensity to keep the listener on his toes. Feeding the Machine is an album that can be enjoyed while reading your favorite fantasy novel.