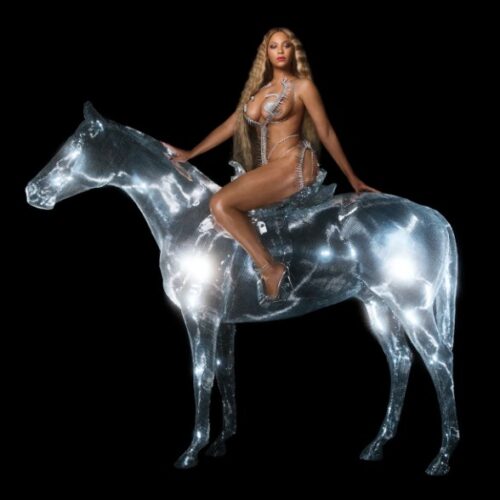 Since the release of Lemonade, six years have passed. Since then, Queen B has not been idle, pursuing the construction of her palace: the making of the influential documentary film “Black Is King”, “Everything Is Love”, an album of marital renewal with Jay-Z, not to mention “Homecoming”, another recorded live in 2019 and a series of singles.

Beyoncé’s royal building gains even more height and luster with the excellent “Renaissance”, based on her idea of female power, also on her support for LGBTQ genders and especially on her African-American pride for her community’s immense contribution to world music since the dawn of the previous century.

This is undoubtedly one of her best studio albums, with 2013’s eponymous (pink and black) and “Lemonade”(2016) coming to mind first.

A generous post-pandemic project featuring no less than 16 tracks, “Renaissance” celebrates a certain return to normalcy, as its title suggests: the pleasure of gathering, dancing, sweating, kissing and more.

The dance floor would be the place par excellence of this sensual normality recovered. Well beyond nusoul, hip-hop and trap, Beyoncé explores house, EDM, techno, gospel, dancehall, reggaeton to Donna Summer’s disco and MJ’s pop. The queen of pop evokes here all the black contributions to the club culture.

Each of these 16 titles is distinct and the amalgam is coherent. Federative without being ostentatious, elegant without being frivolous, this pop project elevates its vast audience beyond light entertainment. The empress has wisely led her legion of renowned beatmakers: BAH, Beam, Beyoncé, Boi-1da, Al Cres, Honey Dijon, Kelman Duran, Hit-BoyKali, Neenyo, No I.D., Nova Wav, P2J, Chris Penn, Luke Solomon, Syd, Skrillex, Tricky Stewart, Sevn Thomas, and The-Dream have more than held their own as the leading pop singers.

Perfect pop? One would be tempted to say so but…not quite. Some have taken issue with the word “spaz” that the singer had to remove from her song “Heated”, co-written with Drake; the phrase is considered a pejorative reference to spastic diplegia, a form of cerebral palsy. As such, Beyoncé pleaded ignorance and apologized.

Kelis also blamed Queen B for covering a sample of her song “Milkshake” in “Energy”, which was deleted from the song. So? When you’re working with so many beatmakers, it’s hard to evaluate the relevance of every little detail of a production, but… one could argue that the absolute pop singer of our era has the means to do all the necessary double-checking.

This seventh album of Beyoncé would be the first of a trilogy. If the next two albums prove to be as strong as “Renaissance”, generations to come will remember Beyoncé for more than her infectious voice, her great beauty, her imperial posture.