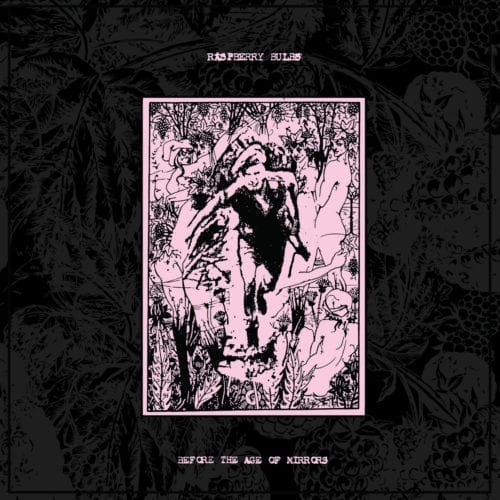 Over the last ten years or so, several hardcore bands have taken paths relatively unfrequented by their predecessors, freely appropriating black metal, post-punk and noise influences, and drawing inspiration from some stranger, noisier, and more unusual ancestors (Flipper, Electric Eels, and Rudimentary Peni, to name a few). Often adopting occult imagery of indeterminate significance as well as a lo-fi production, most of these bands remained confined to the fringe. It is in this context that Raspberry Bulbs emerged, even though its members have been making noise for much longer and their albums have been released on reputable labels such as Blackest Ever Black and Relapse, which has given them a certain visibility.

From their beginnings more than ten years ago, the New York-based band has relied on a formula from which they ’ve hardly deviated since then: incisive, sometimes wobbly punk, grinded out of garage and noise rock, as if Black Flag teamed up with the Brainbombs in an alley fight. But this description, as valid as it is, forgets the essential, that is to say the black-metal imprint that’s evoked every time Raspberry Bulbs is mentioned. On Before the Age of Mirrors, this mark of the devil is revealed by an inexplicable metaphysics and a tapestry of imprecise meanings left to the interpretation of the initiates. It manifests itself in the details and detours, in the tormented and threatening voice, in the serious treatment of dark emotions, in the occult iconography (on a pink background, however), in the mysterious interludes, in the gloomy choir that tints the introduction and in the disturbing feedback. All this induces an atmosphere that indeed evokes the unhealthy side of black metal. The lyrics also contribute to define this atmosphere: suffocation, fear of imminent danger, the need to flee, helplessness, confusion, collapse, and ruin are the themes that feed this machine plunging viciously into the darkness of the world.

Before being a group, Raspberry Bulbs seems to be an idea framed by very clear constraints, principles and instructions. There are limits to such an approach, and some listeners who do not have all the keys to deciphering the references risk turning to groups that do not require the same prerequisites to be appreciated in their entirety from the outset. Others will see only redundancy and recipe, since this new chapter offers very little novelty apart from a few references, voluntary or not, to English punk from the early ’80s. Still, the band throws out enough good riffs on Before the Age of Mirrors for us to take a serious look at it.