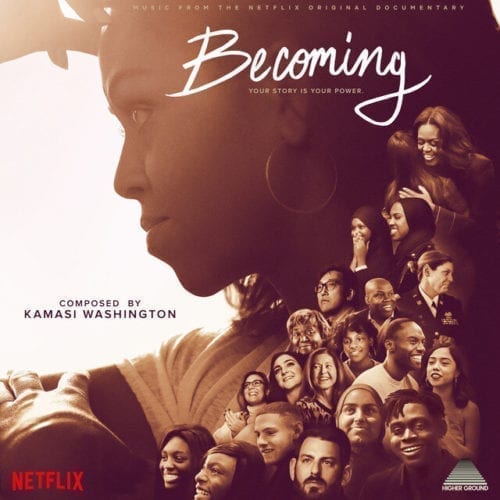 In the spring of 2019, the Obamas entered into a multi-year agreement with Netflix for the provision of original content. Dedicated to Michelle Obama’s trajectory, Becoming is the first documentary resulting from this agreement. Californian tenorman Kamasi Washington composed the soundtrack for this film, directed by Nadia Hallgren for Higher Ground Productions. For the umpteenth time, Washington draws his inspiration from the ’60s: big-band jazz by John Coltrane and Abdullah Ibrahim, as well as Pharoah Sanders, Tom Jobim and Joao Gilberto’s orchestral bossa nova, and Motown-style soul/R&B. Having regained its cool factor after decades with its reintroduction into the hip hop and electro (Kendrick Lamar, Flying Lotus, etc.), this spread of influences proves terribly effective over the 15 instrumental tracks that serve as a backdrop for this ode to the glory of the former First Lady of the United States, a source of motivation for young women of American diversity. Since it’s intended for more than a hundred million television viewers, this film, with its arch-conformist scenario, had to necessarily be supported by agreeable music, in this case an African-American classicism that’s nevertheless refined and perfectly mastered. No surprises to be found? Who would be surprised?