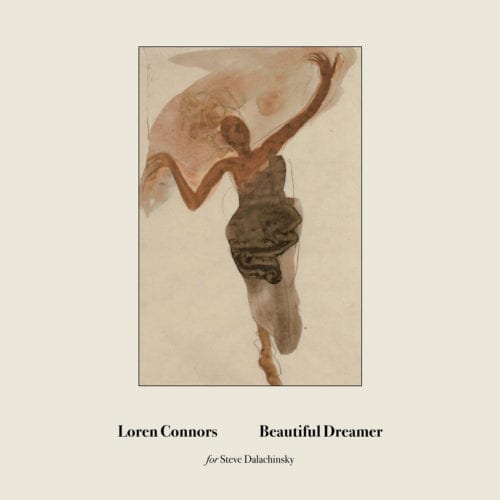 Guitarist Loren Connors has been perfecting and refining his delicate art for over 40 years. Parkinson’s has forced him to drastically reduce his output over the past decade, but he persists regardless, and has released a new mini-album, Beautiful Dreamer, a two-part piece of just under 24 minutes dedicated to his friend Steve Dalachinsky, a New York poet who died in September 2019.

Significantly, this is the first time Connors has used post-production to transform his improvisations in real time, and make them even more ethereal. His familiar path, the distant and ghostly sound of his Stratocaster, is drowned in reverb, the notes he sheds sketching a kind of misty and melancholic mirage that stretches and distorts and transports us to some planet with a rarefied atmosphere. The overall quality of the Family Vineyard label’s edition is beautiful, with top-level engraving and a cover decorated with a magnificent sketch by Auguste Rodin. Something with which to meditate on the human condition and its precarity.