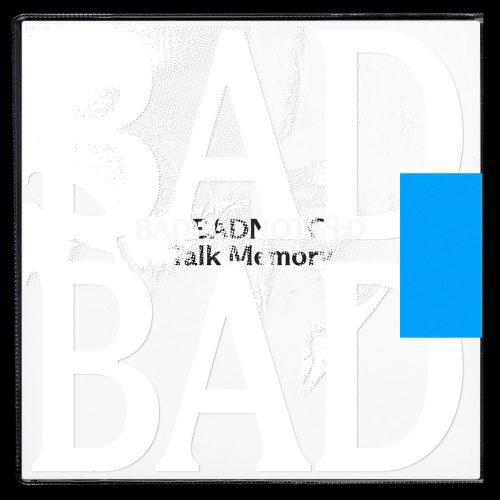 Multi-instrumentalist jazz virtuosos, BADBADNOTGOOD, may not have started the modern wave of instrumental jazz bands dominating the radio charts, but they certainly helped lead it. After BBNG’s 2016 album, IV, artists like The Comet Is Coming, Moon Hooch, and Kamasi Washington began skyrocketing in international popularity. Not that any of those acts needed help (each is in the same league as BBNG.) But IV united mainstream crowds from a number of genres—including hip hop, jazz, indie rock, and EDM—due to the fact that BBNG’s record had a little bit of everything. It opened the modern jazz floodgates and will go down as one of the most influential albums of that decade. It’s a difficult album to follow up, and BBNG’s latest, their first in five years, Talk Memory, doesn’t really have the same lasting impact.

This is not to say Talk Memory is a bad album. BBNG have never really made a bad album. They’re superb, multi-talented musicians and know what they are doing in a studio, but there are only a few tracks that really stand out on this eight track LP and that’s because it feels like more of a jam album. And that’s because it is. Talk Memory is made up of improvised jams whereas IV was more of a studio album (derived from jams) that was meticulously crafted to feel like a cohesive masterpiece.

Each track on IV hooked you (just refer to “Chompy’s Paradise” or “Speaking Gently”) and you couldn’t help but hum the main themes hours after listening to them. Talk Memory is full of themes but they sometimes get lost in the over-instrumentation, never having time to really breathe.

“Signal From The Noise,” begins with static-filled bass line and trippy synth building up to a fast-paced bass synth solo. Then the saxophone makes an entrance with its pillowy, ascending/repeating scale, slowly bringing down the intensity. It’s a dirty, atmospheric jam that truly resembles the groups live show—a show that has inspired moshing—which is unheard of for jazz bands.”Unfolding (Momentum 73)” continues the jam style but never really finds its footing, much like the later angst-ridden “Timid, Intimidating.”

For a group of multi-talented jazz musicians that gained recognition for making hip-hop beats for guys like Ghostface Killah and Tyler, The Creator, BBNG sure know how to write progressive cinematic scores. “City of Mirrors” feels like it could be the main theme to a dystopian desert film by Alejandro Jodorowsky, and the string arrangements by Brazilian composer Arthur Verocai are a standout moment on Talk Memory. The drumming on the track and the following “Beside April” also deserve some spotlight. “Beside April”, however, feels like more of a teaser leading to something huge that never makes an appearance. The track also has a reprise, further emphasizing the string mastery of Verocai. How BBNG plans to grasp the over-encompassing  euphoria of the strings live is a mystery.

BADBADNOTGOOD have never been ones to listen to what the masses demand and their following is already so vast, they can really do whatever they want. Is it fair to compare Talk Memory to IV? IV was lightning in a bottle, so no, not really, and since BBNG are now a three piece (without founding member Matthew Tavares), Talk Memory will always feel different. It will gain them new fans, but old ones will most likely pick their favourite tracks and keep going back to IV.