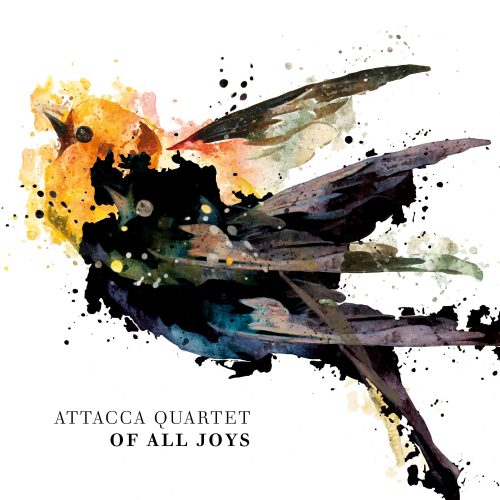 An ensemble notably known for its interpretations of avant-garde repertoire, winning the 2019 GRAMMY Awards for its performance on Caroline Shaw’s album “Orange” (Pulitzer Prize for Music; 2013), the Atttaca Quartet experimented with electronic music on the album “Real Life” in early 2021. Here it presents a more conventional, but unique album in its repertoire assembly, at the opposite ends of the historical spectrum, bringing together works by minimalist composers Philip Glass and Arvo Pärt as well as Renaissance works by Dowland, Allegri, Bennet, Clemens non Papa, Gibbons and Marenzio. The thematic unity that the performers bring out with great dexterity and musicality lies in the serene and almost spiritual sound aesthetics of these two worlds. One might imagine that going from Pärt’s Summa to Dowland’s sensitive” Flow my Tears” would be a clash, but it is not. The purified lines of the minimalist works are combined with the harmonic richness of the 16th and 17th century composers. At the heart of the work is Philip Glass’ String Quartet No. 3 “Mishima” with its circular rhythmic pattern, composed for the film “Mishima”: “A Life in Four Chapters” (1985) by Paul Schrader, based on the life of Japanese writer Yukio Mishima. Meditative and at the same time full of vitality, the Attacca Quartet signs another beautiful sound realization and cements its approach, that is to say a redefinition of the string quartet and its repertoire.