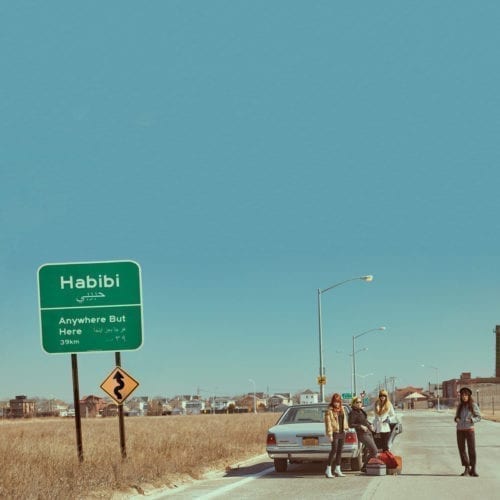 With this second album, the Brooklyn girls fine-tune their sound, putting more emphasis on richer orchestration and slightly more elaborate vocal arrangements than on their previous one, Habibi, released in 2013. No radical change here, just a certain maturity and greater musicality, notably with the addition of a twelve-string, sitar, ney and vibraphone. It’s an evolution already evident over the two EPs released between Habibi and this new album. That said, the territory remains familiar – girl groups of the ’60s and the  paisley-underground wave of the early ’80s, with subtle Middle-Eastern colours as a bonus. On Anywhere But Here, however, the band is in a slightly darker, more melancholic mood. Following in the footsteps of La Luz, Tacocat and Allah Las, the Habibi offer sparkling, mildly psychedelic ’60s garage pop with a charming fragility, but with a certain bite.