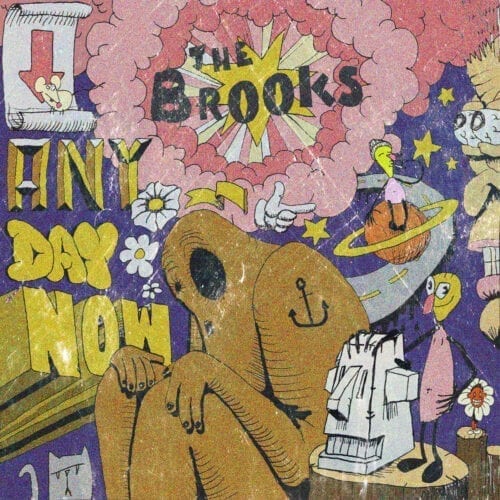 The Montreal collective The Brooks offers a third album entitled Any Day Now, further soul therapy that excites the body with its funky groove. This music isn’t necessarily mind-blowing, but it is devilishly catchy and sexy. In fact, it’s highly seductive. Any Day Now is reminiscent of the work of James Brown, and also evokes the style of Curtis Mayfield and Sly and the Family Stone, as the band did on their previous album, Pain & Bliss (2016), on which the contribution of singer Alan Prater made a big difference. In fact, The Brooks have really taken off since the arrival of the charismatic singer a few years ago, their music more carnal and engaging.

Since their exciting evenings at the Dièse Onze jazz club in Montreal, The Brooks have charmed a lot of people in Quebec and abroad. This band of seasoned musicians – Alexandre Lapointe (bassist and founder of the group), Alan Prater (singer and trombonist), Maxime Bellavance (drummer), Philippe Look (guitarist), Philippe Beaudin (percussionist), Sébastien Grenier (saxophonist), Hichem Khalfa (trumpet player), and Daniel Thouin (keyboard player) – who are involved in many other musical projects, offers ideal music for festive evenings and events. While the group has certainly impressed the audience at the Montreal International Jazz Festival, they’ve spread its wings much further lately. This record won’t hinder the contagion caused by The Brooks, who are particularly effective on stage. Aside from the epic and mysterious assembly entitled “Nebula”, which opens the album, and a few “treats” (“Moonbeam”, “Blue Dream”, “North Star/Conclusion”), several new tracks (“Drinking”, “ZENDER”, “Never Thought”, “Gameplay”, the instrumental “Headband”, “Issues”, “Turn Up The Sound”), with omnipresent bass, seductive electric guitar, invigorating drums, and brass in the mix, grab you and never let you go.