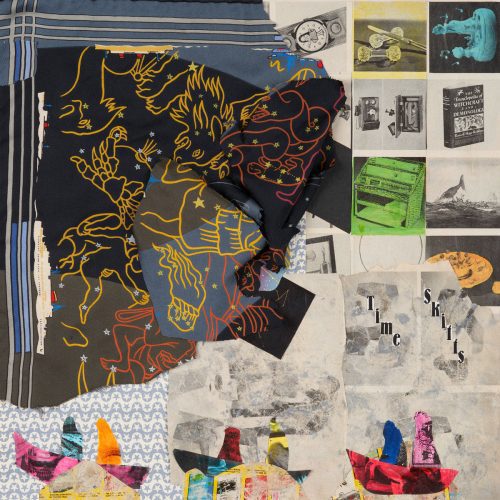 The first creative cycle of Animal Collective was exemplary. It was in the aughts, the dawn of the digital age, and the American band was offering us a real garden of delights, both in its conceptual imagination and in its formidable immersive performances. Redundancy–that is, reaching the compositional limits of a self-taught band whose main purpose is to create songs– slowly set in. With Merryweather Post Pavillion, the seventh studio album released in 2009, Animal Collective reached the peak of their mastery … only to go through a long conceptual plateau, meaning that creativity was mainly dedicated to the search for new embellishments, in continuity with what had gone before. Only two albums were released during the 2010s, the members of the band preferring to work on their solo projects, often superior to those of Animal Collective.  These new compositional details were often remarkable and based on a relatively similar formula, i.e. synth-pop with psychedelic accents, bursting, abundant, fertile in twists and turns, but also linked to a choral singing not without recalling the vocal groups of the ’60s, starting with the Beach Boys and its mastermind Brian Wilson.

Over the past few years, the collective has been back in action, recording in the field, conducting audio-visual projects, holding improvisation sessions, and so on. This can be heard on this eleventh album, the process of which began with a 2018 residency at Music Box Village in New Orleans. Here we are in 2022 and this Time Skiffs offers us songs with anxiety-inducing or ecstatic lyrics, mindfulness texts related to the current economic climate, “love letters, distress signals, outdoor observations, relaxation anthems, transmissions gathered from four people who have grown up in their relationships, parenthood and adult worries.”

The music is accompanied by beautiful parentheses of slide guitar, electronic marimbas, or even Afro-folk à la Paul Simon, not to mention an anthology of sounds arranged here and there in the soundscape. But even with all those ingredients, Time Skiffs can’t qualify as a great vintage.