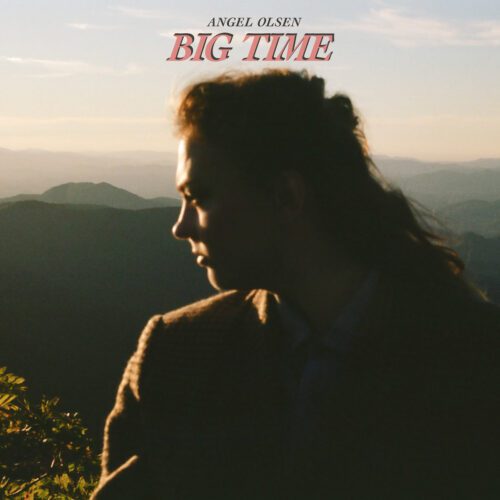 Back in 2019, it seemed like the alternative indie signer-songwriter darling, Angel Olsen, was going for a more synth-wave pop sound with her release of All Mirrors—essentially trading the lush and cosmic guitar tones for a wall of analog and modular synths—but on her latest album, Big Time, she has found a home in the Americana country realm. It’s not the first time she has experimented with this Americana country sound, but on Big Time, Angel’s operatic voice pairs ridiculously well with the lap steel guitar, country organ crescendos, mandolin trills, and warm mellotron synonymous with ’70s country act like Tammy Wynette or Loretta Lynn. She’s always wanted her records to feel like a band is playing in the background with her voice at the forefront, and now she has her wish.

There could be a thematic reason for Angel’s shift into Big Time‘s country mysticism. The genre is glued to times of loss and hardship, and Angel has had her fair share in the last few years. Her father passed around the time she filmed the powerful duet “Like I Used To” with Sharon Van Etten, and a few months after her mother followed in his footsteps.

Due to these two big events, Big Time is riddled with grief, but it’s not a sad album—it’s more so a celebration of memories sung by one of the most powerful voices in music today. Some of the songs “Ghost On,” and “Dream Thing” also have Angel coming to terms with her queerness and newfound loves, specifically the title track, which was co-written by her partner Beau Thibodeaux, a screenwriter for HBO.

“Right Now,” could be one of the most vulnerable and commanding tracks she’s written since her Burn Your Fire For No Witness days. The song feels like Angel is singing to her younger past self and the outro, featuring a guitar line that could be described as a modern take on the Dies Irae “Day of Wrath” melody, is entrancing and sinister.

Big Time is a gorgeous album front to back, and even though I will admit to missing the old Angel Olsen soaked in guitar reverb, this new venture seems to be her at her most confident and comfortable.