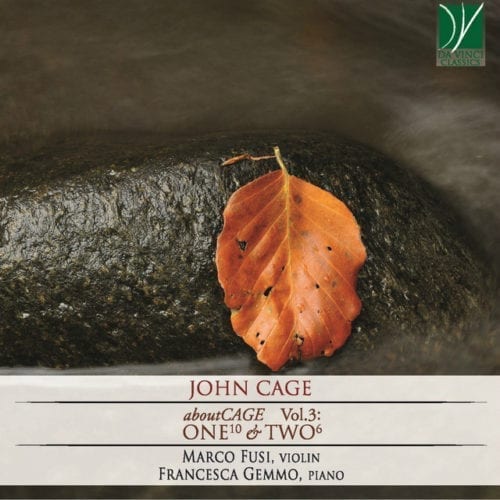 The Da Vinci Classics label, which has been in existence since 2015, is particularly interested in major projects devoted to a corpus of works, such as the complete keyboard repertoire of J.S. Bach, or Mozart’s sonatas on clavichord. Here’s the third volume of a series of albums dedicated to John Cage (1912-1992), the aptly named aboutCAGE series. There are only two titles on this 44-minute album, One10 and Two6, works that are part of the famous Number Pieces composed between 1987 and 1992. It may seem short, but Cage’s music has the property of expanding time. The first work, One10, a violin piece performed by Marco Fusi, is profoundly minimalist and boils down to a few long notes. The second work, a duet for piano and violin, moves more, and this is due to the well-posed interventions of pianist Francesca Gemmo. The recording up close is austere in content, which suits this music composed in the last years of the life of this iconic artist.