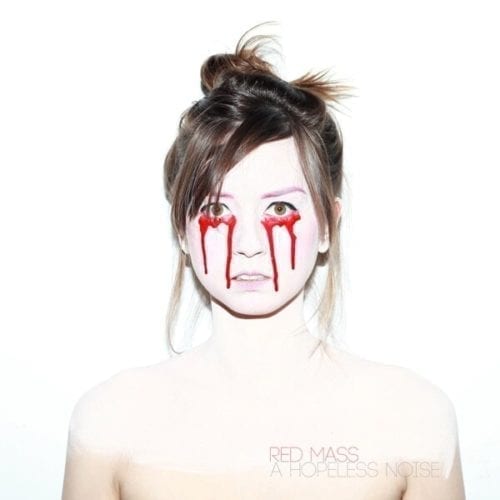 In this second coming of Red Mass, Roy Vucino and his companion Hannah Lewis lead us on a descent into hell, tinged with lust, drugs, and murder. The duo that leads the destiny of the variable-geometry band have surrounded themselves with many friends to carry out this new adventure, released a few months ago, but now available on vinyl on the Montreal label Mothland. We’re talking about more than 30 collaborators – not the least of them including King Khan, Mike Watt, MacDemarco, Evan Dando, Rick Froberg, Hugo Mudie, John Kastner and even a children’s choir. On A Hopeless Noise, we witness the fall of Diamond Girl, following her in her debauchery and excesses, ever deeper into the abyss of vice. Despite this semblance of a narrative framework, A Hopeless Noise is not a concept album and, thank God, even less a rock opera. It’s an album written by someone who’s come a long way, who’s been close to death a few times and who knows how to put the ups and downs (especially) of a junkie into words and music. All these guests give the album a colour of its own, which results in a certain disparity (in terms of sound and level of production in particular), fortunately never too striking. So we stay in what Roy Vucino, veteran of the Montreal garage-rock scene, knows how to do best, with incarnations sometimes free jazz, disco-punk or psychedelic. A Hopeless Noise is a dense and tortured work, a rather original proposition in the often predictable punk/garage register. Red Mass is astonish and demolish.